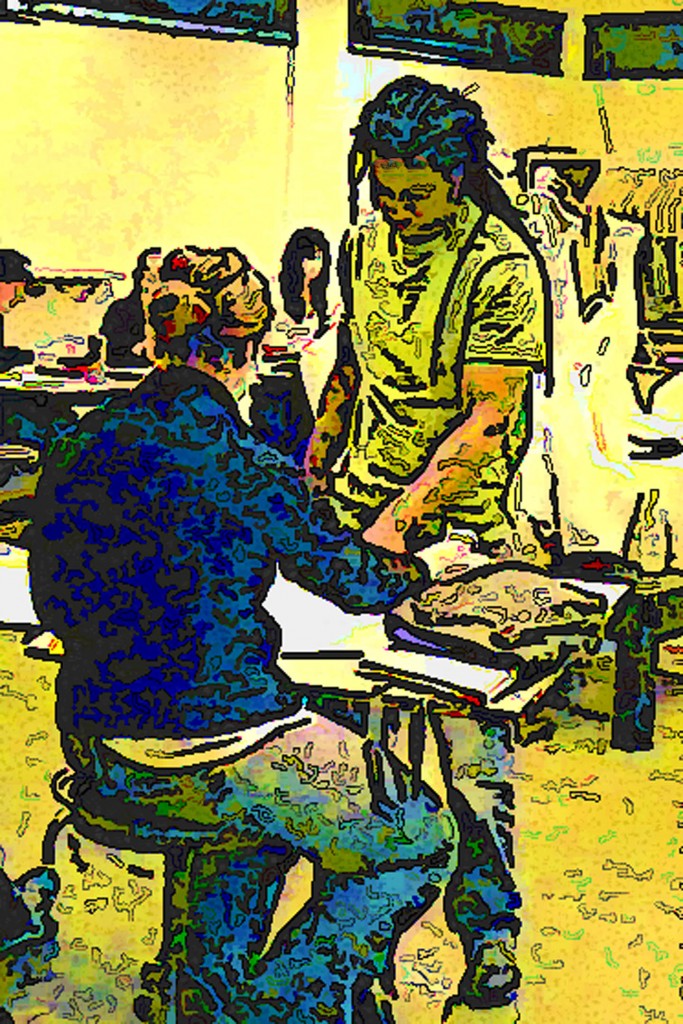 “Because words fail, I choose paint, ink, canvas, paper, film, pen, charcoal and/or a squeegee to five a voice to thoughts, feelings and emotions in me.”

Open 10am to 6pm Tuesday through Saturday

Carl Richardson has been a professional artist and educator for 15 years. He received his Master in Fine Arts from Washington State University in 1994.

While there, he won a prestigious Rockefeller Foundation protegé grant. He has participated in group and solo shows in Florida, Nevada, and Spokane. A favorite with students at Spokane Falls Community college, Carl is well-known for the energy and creativity he brings to his artwork. He is constantly combining media and images to find new ways of presenting the visual world. His work is characterized by expert use of vivid color, striking composition and haunting imagery.

The urban ballerinas are a clever juxtaposition of classic dance form with gritty urban forms. His previous series, Tisa, presented Maasai dance and tribal costume through ingenious screen printing techniques. Carl is always pushing the two-dimensional world to give up three-dimensional imagery.