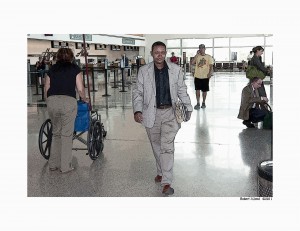 Dr. Alfred N. Mutua is Kenya’s first Official Government Spokesperson and Public Communications Secretary (PCS). He was appointed on June 22, 2004 and was tasked with setting up a new office and communication system for the Republic of Kenya.

Mutua’s career has been varied. He has been a Journalist and Filmmaker with 14 years experience in both Print and Broadcasting in Kenya, the United States (US), Australia and the United Arab Emirates. (UAE).

He has worked and written for various Local and International papers as a Reporter, Columnist and Editor. His work has been published in various newspapers, including The Daily Nation, East African Standard, The Sydney Morning Herald, The Billings Gazette, Spokesman Review, The Spokane African-American Voice (where he served as the founding Editor), Valley News-Herald and the East African.

Book:  How To Be Rich in Africa