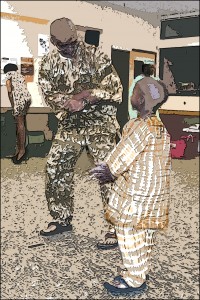 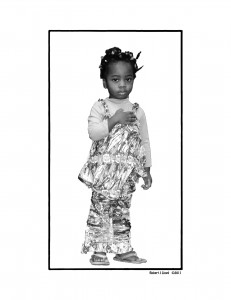 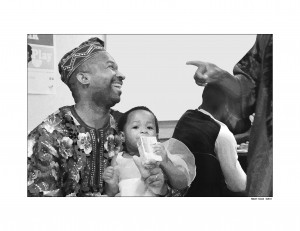 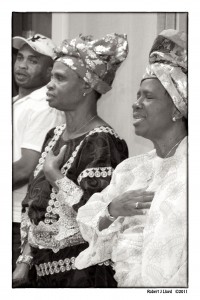 Nigerians in Spokane recently celebrated activities marking Nigerian Independence Day in Spokane at the Moran Prarie Library on October 11, 2011. The Nigerian American Association in Washington (NAAW) has been in existence for more than ten years. The core of NAAW consists of a group of Nigerian professionals and businessmen in the Inland Northwest of the United States of America. Nigerians are well known all over Africa for their confidence, education and gregariousness. It is no wonder that a recent Pew Poll showed that Nigerians are among the happiest people on planet earth. Nigerians like to celebrate, they celebrate new births, birthdays, weddings, burials to mention but a few. Such celebrations don’t just stop at a few merriments but danceable music, good foods and drinks often add spice to such occasions. More importantly, Nigerians in Diasporas like to give back, both to their host community as well as back home to those Nigerians still living in hardship.

NAAW members include Nigerian-born professionals in various disciplines in Spokane, most of whom put their abundant gifts, trainings and talents to serve the poor and the dispossessed in Spokane communities. Dr. Kingsley Ugorji, a medical doctor, serves the CHAS clinic in Spokane, and often had to call off family events on weekends in order to attend to some of his sick patients or to deliver a baby, whose parents could barely afford the cost of his service. Dr. Jane Frances Akgbamgbo, another medical doctor, runs a private medical clinic at the city of Medical Lake. In a feature story on her by the Spokesman Review, many citizens of the City wondered what would have happened to them or their relatives, if they had to drive a long distance to get the urgent medical care JA Medical Center provides within the City. Jane is married to Dr. Michael Akgbamgbo, one of the administrators at the Department of Health Services in Spokane. Francis Adewale is an attorney admitted to practice law in Nigeria and Washington State. He is a fellow of the Washington Leadership Institute and was the head of the maritime desk in his law firm in Nigeria before immigrating to Spokane. He spurned several opportunites to practice law as a maritime attorney in Seattle when he choose to settle down in Spokane as a public defender with the City of Spokane, Office of the Public Defender. In addition to his job as a public defender, Francis also runs a free legal clinic at the Spokane Dream Center Resource Center.  We also have two Catholic Reverend Fathers, one of whom, Father Peter, has served as parish priest in many small towns in the Inland Northwest.

Other professionals include a pharmacist, computer technologist and registered nurses. The most popular Nigerian living in Spokane is Sanya Ala. He has lived continuously in Spokane since he arrived in the City on an athletic scholarship in 1972. Sanya, a graduate of Whitworth and Gonzaga is a minority business contractor with the US Department of Defense. Many Nigerians often trace their sojourns and happiness in Spokane to his generosity and hospitality. The uniqueness of the gamut of professionals represented in NAAW is more pronounced given the fact that they all came from every nook and cranny of Nigeria, East, West and North. They hope to celebrate the next annual Nigerian Day at the same venue next year.