Do you remember the Whitworth freshman from Ghana whose story appeared in the March 1, 2011 issue of the Whitworthian? Since June 6, 2009 Kelvin has been semi-comatose. His mother, who left Ghana immediately when she heard of his accident, has been by his side ever since.

WILL YOU SHOW YOUR LOVE TOO?

Many people have helped Kelvin and his family already.  But this is a long term need and there are many ways that you can help also. Kelvin’s mother welcomes visitors – she says Kelvin can hear. Kelvin has ongoing medical expenses and therapies that doctors would like to try that are not covered by Medicaid. Contact Stephanie Nobels-Beans for more information. She is also Coordinator for Ministry and Multicultural Affairs for Whitworth University. 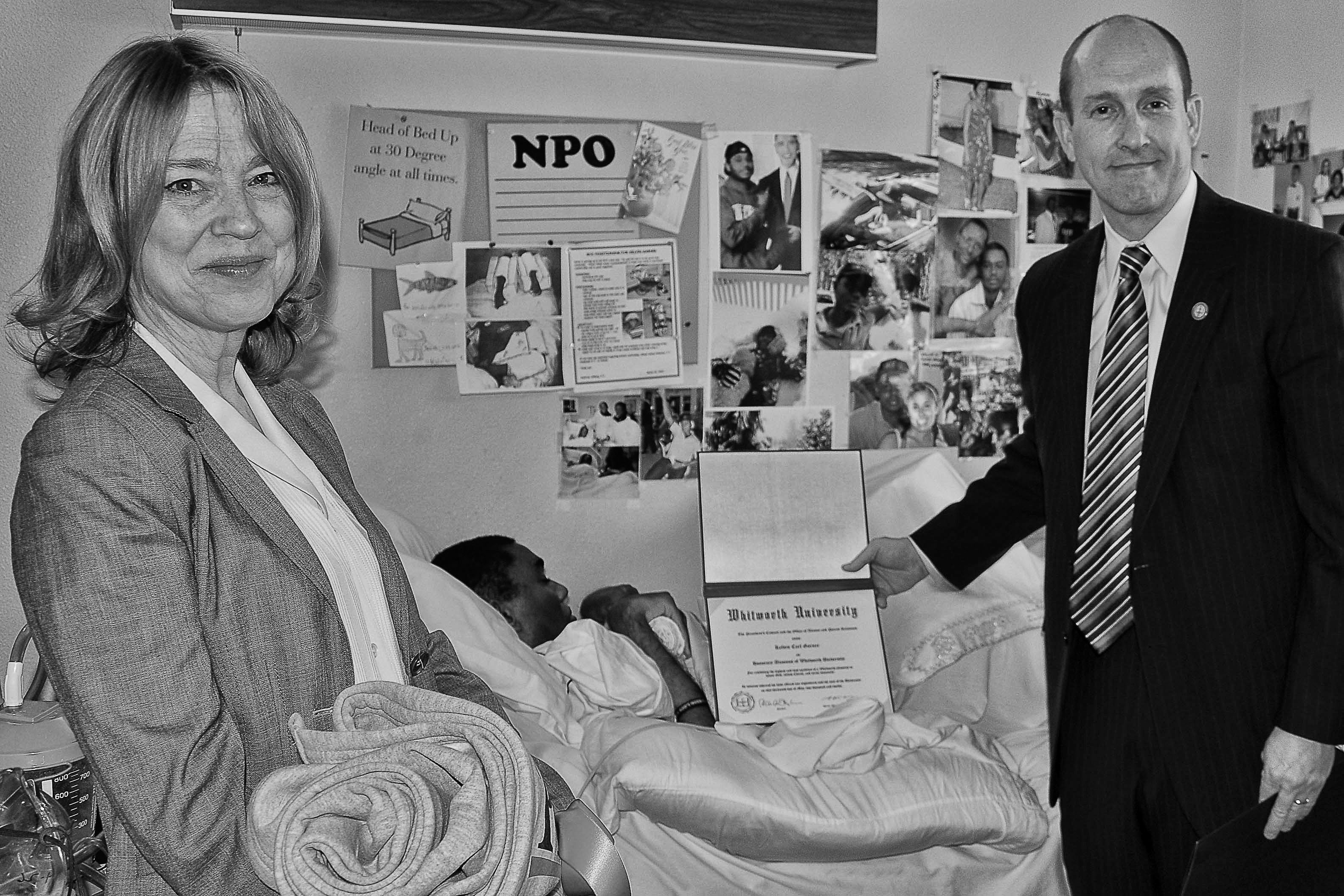 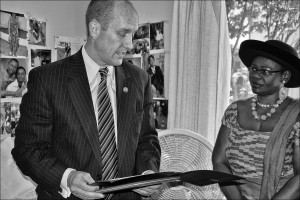 WHEREAS Kelvin Garner has been a dedicated Whitworth student and is a beloved member of the Whitworth community; and

WHEREAS Kelvin overcame significant hardships, with the support of his devoted mother Delali, to thrive academically and athletically in his native Ghana before enrolling at Whitworth in fall 2008.

WHEREAS Kelvin’s lively curiosity has exemplified Whitworth’s commitment to rigorous intellectual inquiry and his faith and values have formed a foundation for his commitment to justice; and

WHEREAS Kelvin embraced campus life in the time he was at Whitworth and was a vital member of the International Club and other university activities that have enriched the community; and

WHEREAS, Kelvin’s long-term goal has been to attend law school and then to return to Ghana to help improve legal protection for victims of child slavery and domestic violence; and

WHEREAS, Kelvin attended Whitworth University with distinction during the 2008-09 academic year, but has so far been unable to complete his degree; and

WHEREAS, the President’s Cabinet and the Office of Alumni and Parent Relations wish to honor Kelvin for exhibiting the highest and best qualities of a Whitworth alumnus to honor God, follow Christ and serve humanity;

BE IT THEREFORE RESOLVED that Kelvin Earl Garner be named an HONORARY ALUMNUS OF WHITWORTH UNIVERSITY. 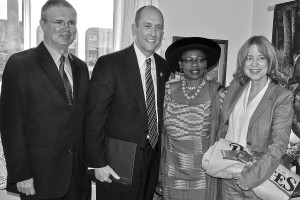 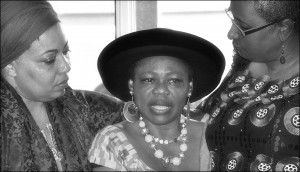 5 thoughts on “The Kelvin Garner Story”