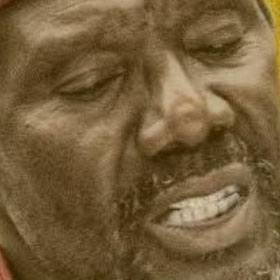 Subjective-romantic best defines Stephen Pitters’ style in this collection. He uses long poetic forms to convey the powerful, uninhibited, and at times, heartfelt actions and reactions that play out in the lines of his poems. He is a self-taught language artist in the vein of other artists who embrace and articulate the emotion and the spirit of loves and lives. He explores the physicality of relationships as Walt Whitman does in his poem, “I Sing the Body Electric.” At times, Pitters’ poems speak to the raw yoga of love, and at other points, he transcends the tangible, the touchable to weave through the less sure pathways of the heart.
The narrative he uses in these passages are not half made-up composites, but rather, they sketch real-life events in the weighted style of the romantics with a heavy dose of melancholy and with a small measure of sarcasm baked into his work. His expressions stem from his experiences as a man in the middle of his passion and not a detached observer. The central inspiration for these offerings surrounds a genuine need to share unique, postage-stamp accounts of relationships of hearts and of heartbreaks lived by one man, one African-American man in the middle of the tumultuous Sixties and Seventies when he endured the racism and the discrimination of the era.

Stephen Pitters is a poet, educator and author residing in Spokane, Washington. He has had three volumes of his work published by Gribble Press: Bridges of Visions, 2009, Walks Through the Mind, 2011, and Currencies of Life…Enlisted Behaviors, 2013.He started a new series of poetry with the 2017 title “Conversations on Altered Roadways” and 2018 title “Prerecorded”. Besides publishing, Stephen has hosted The Spokane Open Poetry Program on KYRS, Thin Air Community Radio, since 2004. He is also a long-time member of the Fairchild community.