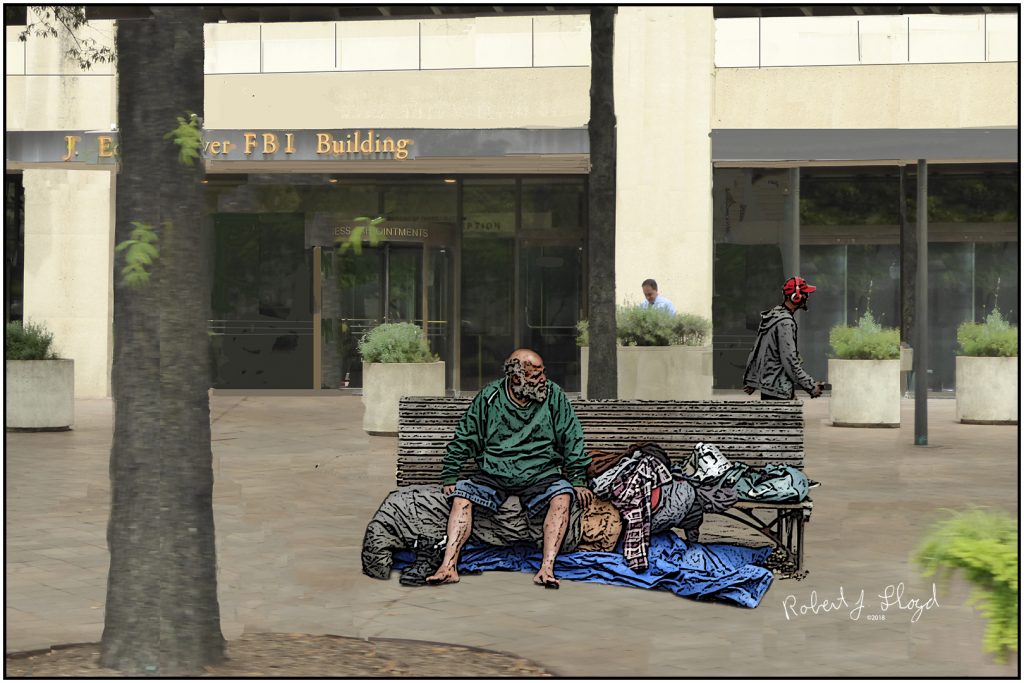 Homelessness is a national issue. This photo was taken in Washington DC September 2017.

This point-in-time count is a snapshot of people who are homeless in Spokane, counted by local teams on one night in January, a statistic that is limited by a variety of factors and not considered the complete picture. Because more homeless people were in shelters, and fewer were outside in hard-to-find places, it was easier to get a count, according to McCann and city officials. That might apply particularly to the chronically homeless, who are more likely to use emergency shelters.
In particular, the city’s super-tight rental market – with an estimated vacancy rate of 0.7 percent – makes it very hard for people to find affordable housing and pushes the homeless numbers upward. Nearly 500 people are qualified for federal housing vouchers but can’t find a place to use them in town, said Dawn Kinder, the director of the city’s Community, Housing and Human Services Department.
This year’s count showed:
1,090 homeless individuals, an 11 percent increase over last year. Eighty-seven percent of all people counted were in shelters. Around three-quarters of those were in emergency shelters, and one quarter were in transitional housing.