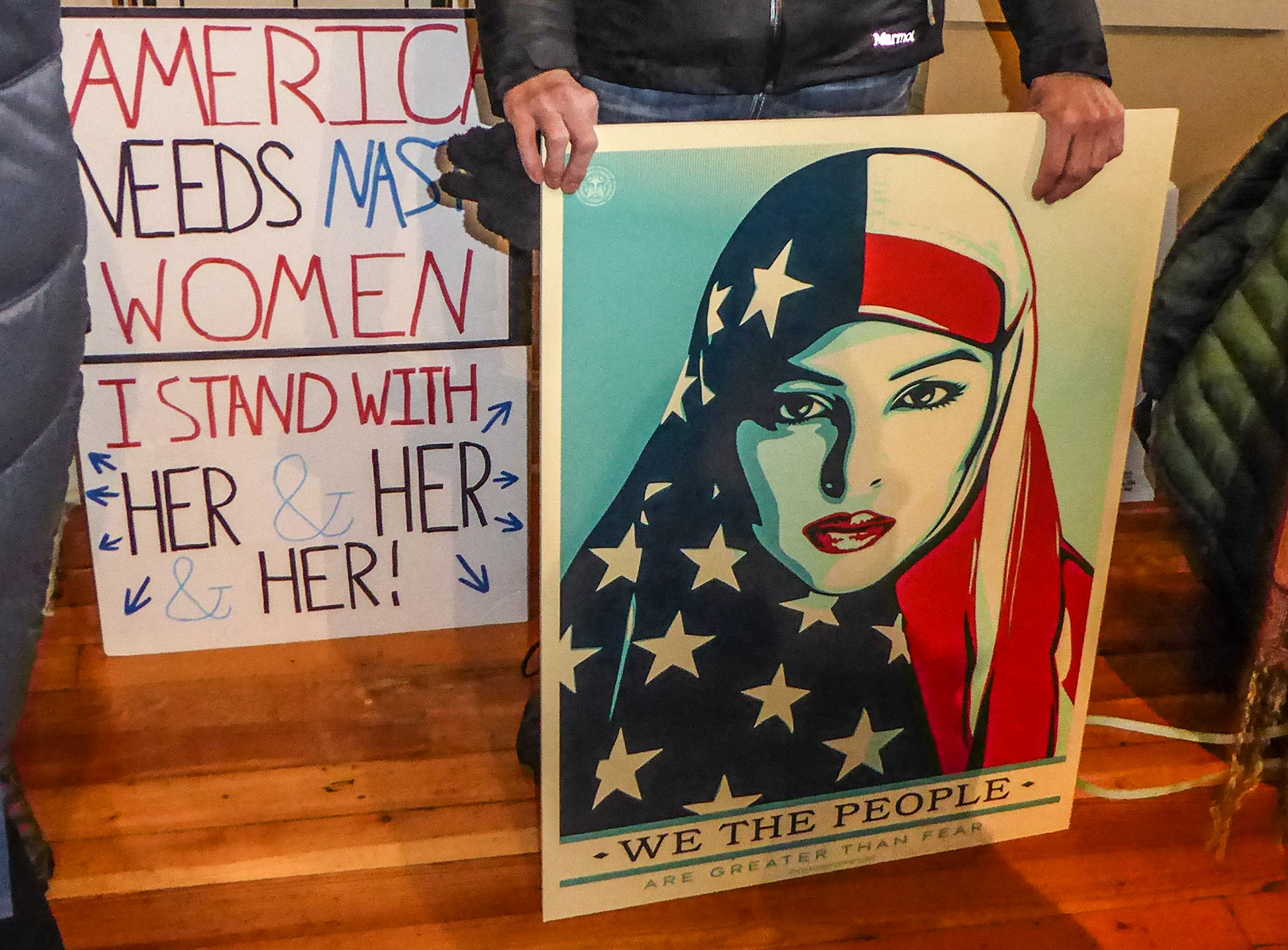 Photo by Bob Lloyd from People Rise Up! PJALS

Note from Bob Lloyd: This article was originally published by the Inlander January 26, 2017. Follow the link below to see the original post. Advice for Advocates is a regular feature  by Mariah McKay.

A roar breaks out as the throng takes its first steps onto the icy streets of Spokane. While no laws or elected positions changed after last weekend’s Women’s March, an era of anemic insider-driven politics officially came to an end. If you are one of the many who feel called to take back our democracy, here are six helpful hints to heed along your journey:

You know those universe maps with a tiny arrow pointing to a dot that says “You are here?” That is you in this new mass movement. Learn about the constellations of groups already working on your issues, rather than reinventing the wheel. Don’t know where to start? Try Google or the “three degrees” approach. Ask someone who knows someone who does. Think about your unique abilities and focus on a role that plays to your strengths.

It is possible for two or more things to be true at once. We are so conditioned to think in “either/or” terms, we often miss out on opportunities in between. Just because your neighbor disagrees with you on one issue doesn’t mean they won’t help you on another. Remember to not see people, organizations or institutions as monolithic.

Some think you aren’t doing enough unless you are exhausted and miserable. This culture of stress is counter-strategic. The change we seek is a marathon and not a sprint; thus, you must sustain yourself for the long haul. Balance organizing hard with celebration and rest. People are attracted to a movement that is fun and joyous!

The specter of national politics has sucked many into a cycle of emotional reactivity. Turn your existential angst into real-world action in your own backyard. Resources for engaging your congressperson, like the Indivisible Guide (indivisibleguide.com), are also relevant at the city, county and state levels. If just a fraction of the energy displayed at the Women’s March were channeled into local arenas, mountains would be on the move.

Revolution is the business of radical relationships. Befriend those who are different from you and find ways to celebrate your common humanity. Abandon name-calling and clever insults. Be as specific and respectful with your concerns as you can be. When reaching across a political divide, don’t immediately dive into issues. Be a person first, and you may be surprised by the friendship that will follow.

In the end, all these tips are about getting outside yourself. Ego is the ultimate enemy of an effective mass movement. Enjoy the liberation that comes with knowing you are not the only one!

Mariah McKay is a fourth-generation daughter of Spokane and a community organizer campaigning for racial, social and economic justice. She currently serves as a public health advocate.