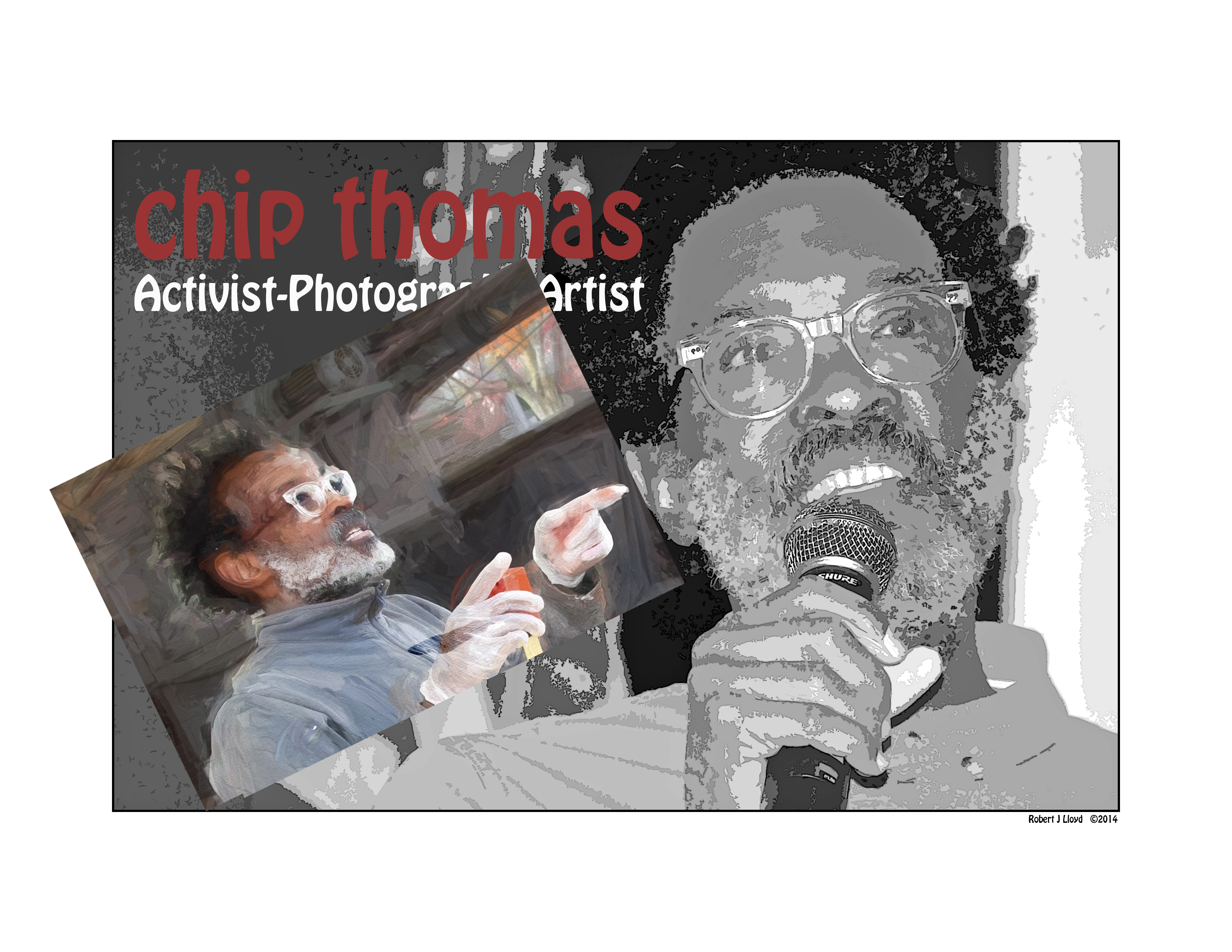 Chip Thomas addressing audience at the NW MAC as part of the Consortium for the Visiting Artist Lecture series 2014-15 Social Landscape: Artists Who Examine and Redefine Cultural Identities in America

James “Chip” Thomas moved to the Navajo nation in 1987 to work as an Indian Health Services Physician, where he continues to work and live. During this time he taught himself black and white photography and has been documenting the people of the Navajo nation ever since. Chip has always been interested in street art, graffiti and guerrilla art tactics and taken part in the practice of billboard corrections. Influenced by urban graffiti artists of American cities and street artists in Brazil, Thomas, a.k.a. Jetsonorama, creates his own version of activist art on the Navajo Reservation. Instead of an urban environment as a canvas, open landscape and isolated buildings became the surface for his work. Jetsonorama creates large-scale wheat paste images of his photos  and covers various structures  on the Navajo Reservation.  These images, largely portraits, celebrate multiple layers of culture, identity, presence and truth. The structures themselves are transformed, as is the landscape that surrounds them. The scale is important. These faces and people cannot be overlooked – a reminder for both members of the community who live there and for any visitors passing through. 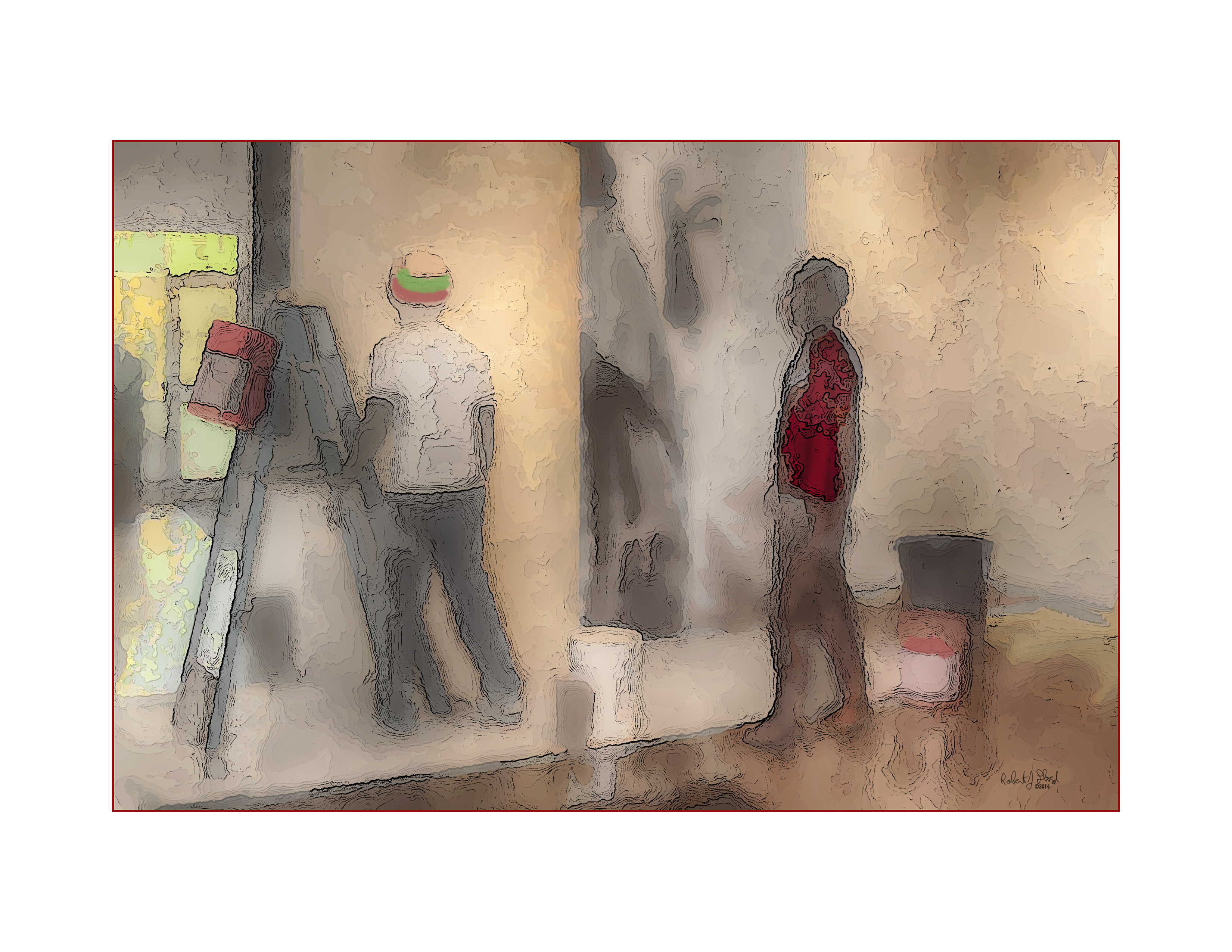 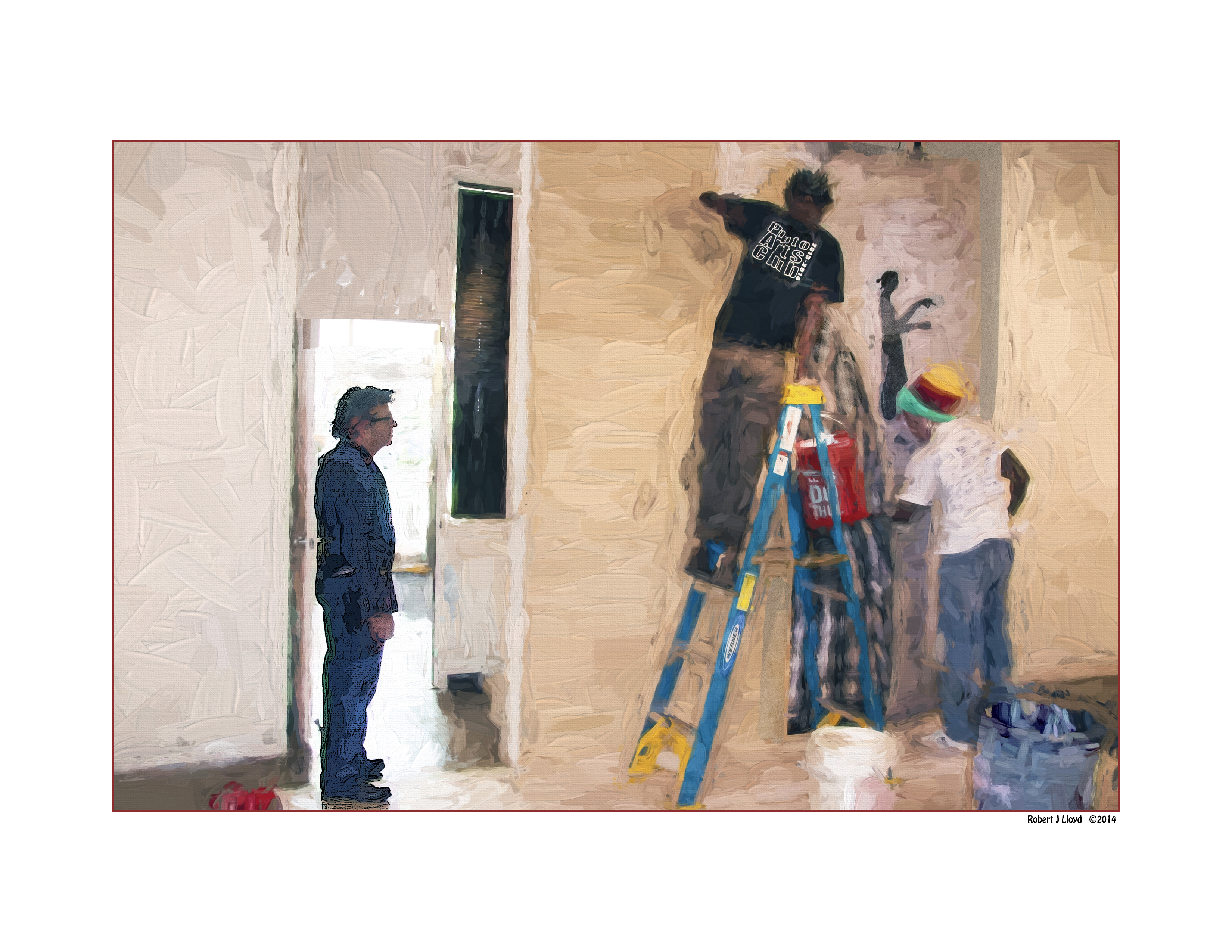 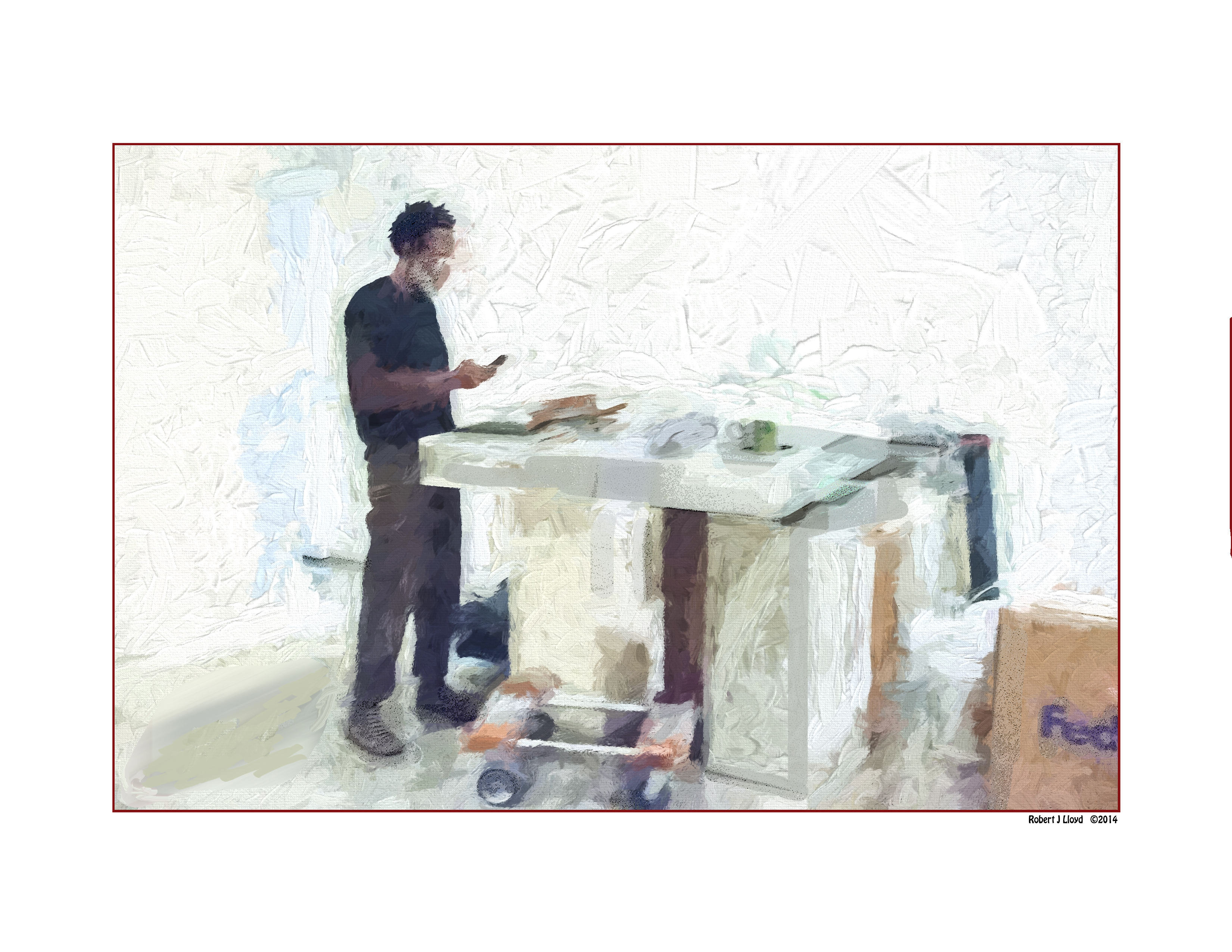 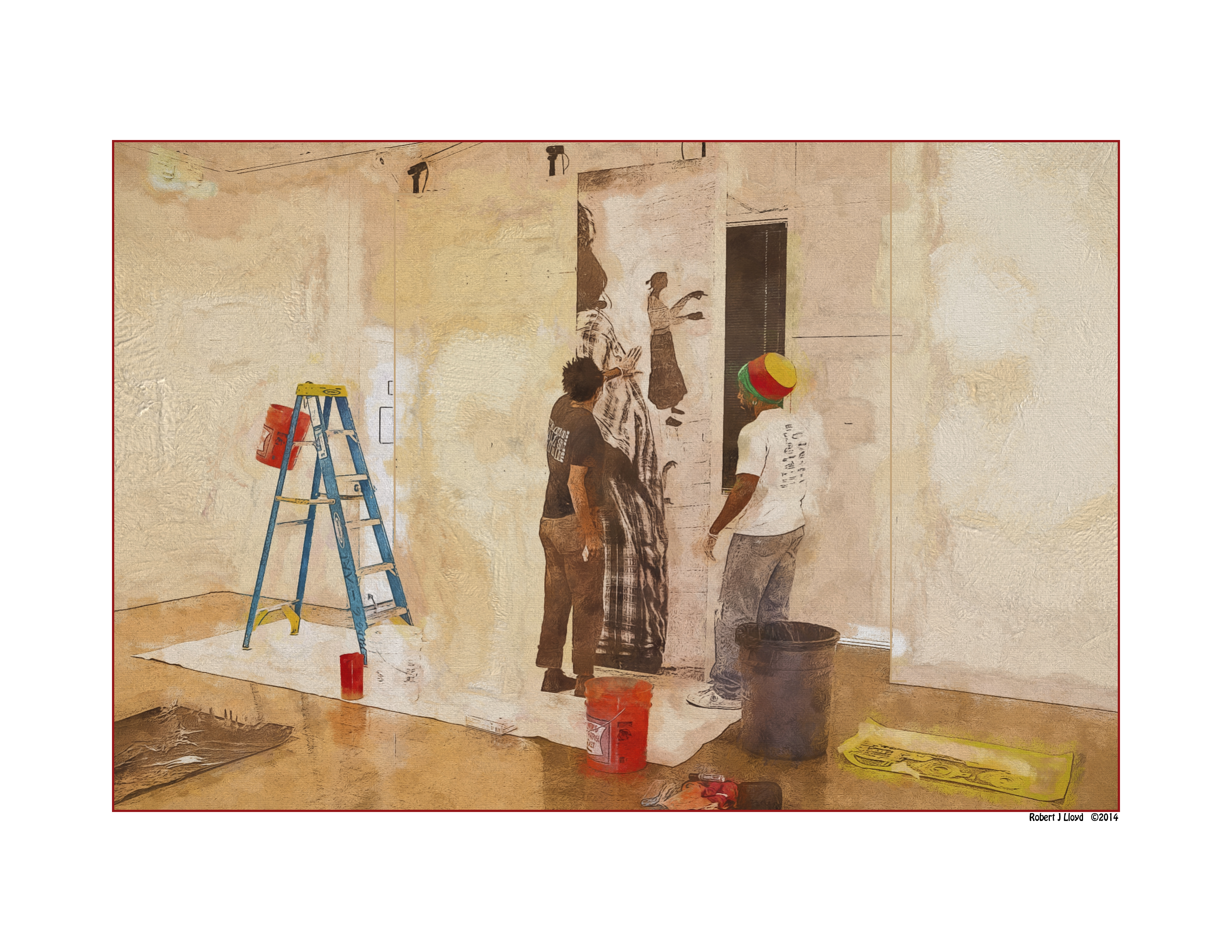 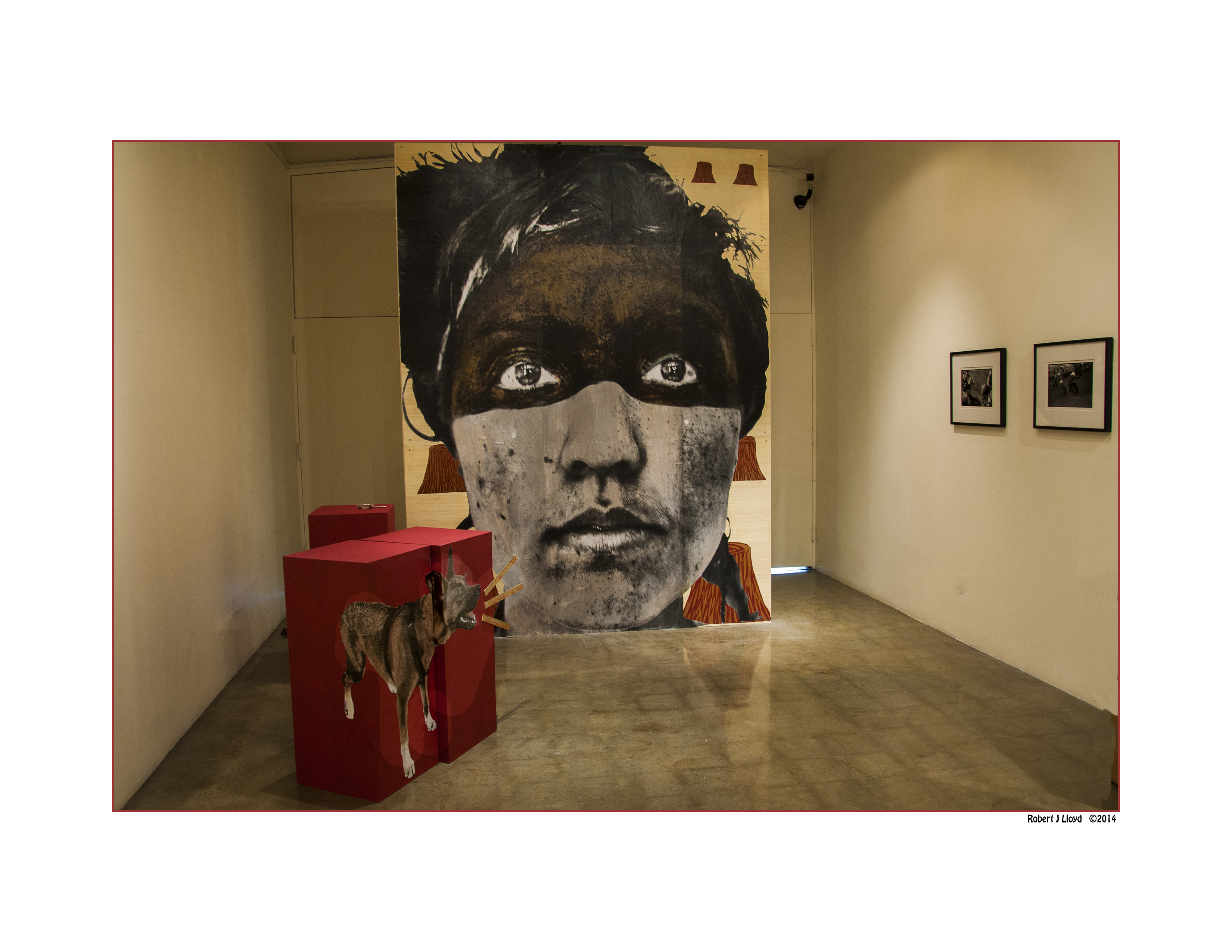 In addition to his own work, Chip has facilitated an ongoing community art project, The Painted Desert, where he pairs Navajo business owners with visiting street and graffiti artists from around the world. The artists create a mural for the vendor’s stand or building as a way to attract roadside travelers and get more business fort the vendor. It is a project that strives to create a bridge between cultures and people.  The work of Chip Thomas has meet written about by the National Geographic, The Huffington Post, NEA Arts Magazine among many other publications. Along with awards and recognition for his work as a photographer, Thomas (Jetsonorama) has been part of street art projects around the globe including Open Walls in Baltimore and the Philadelphia Mural Arts Program. He recently was a participant in “Public” – a street art festival in Perth, Australia. 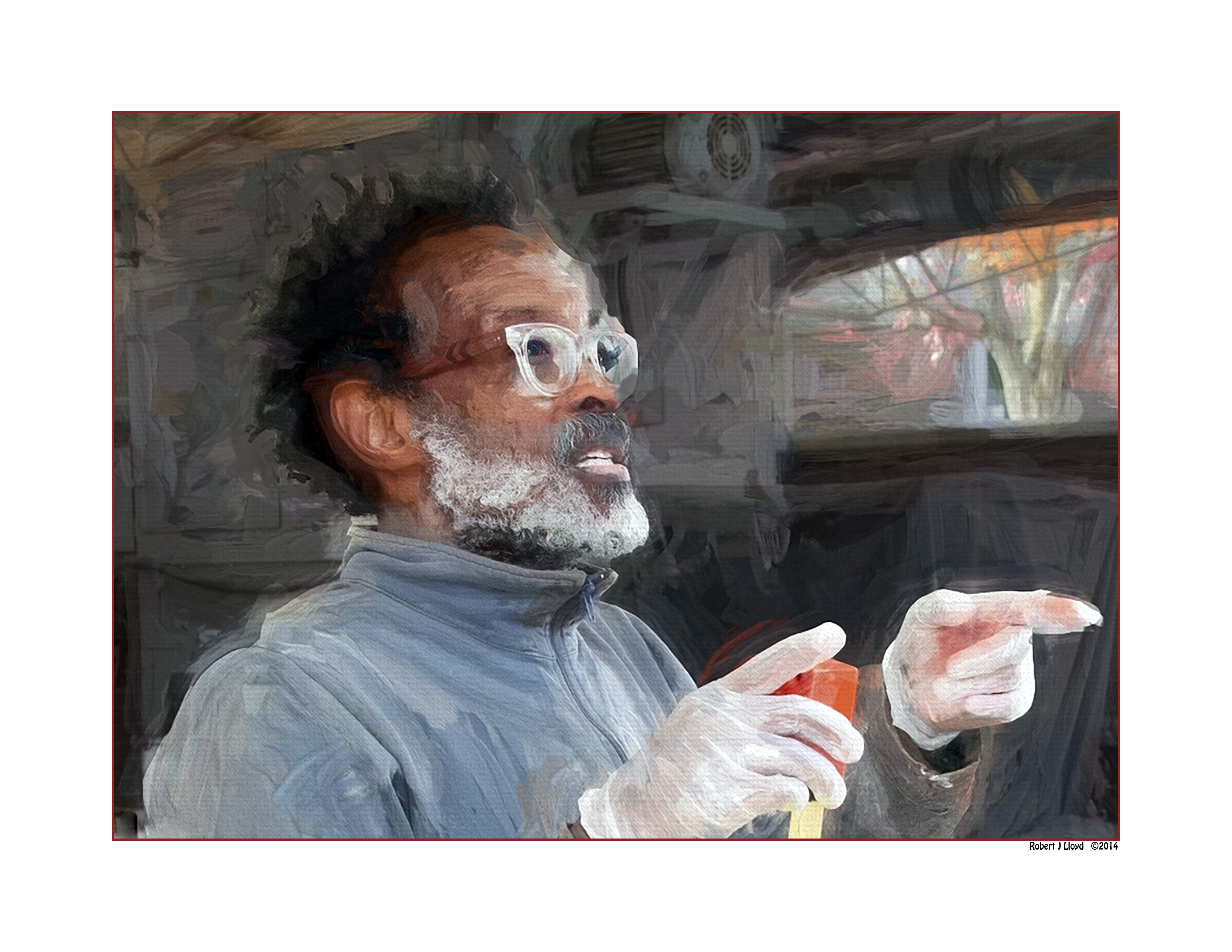 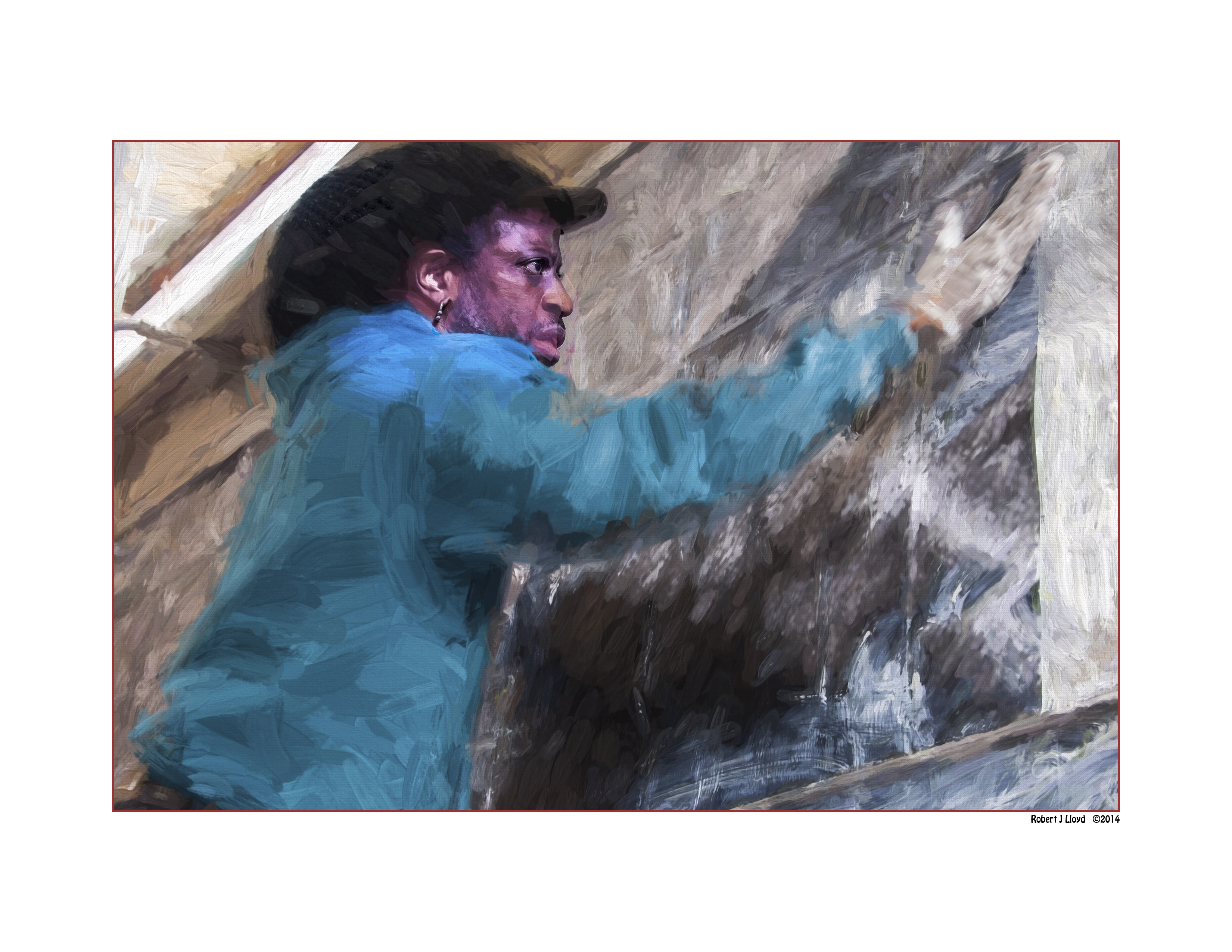 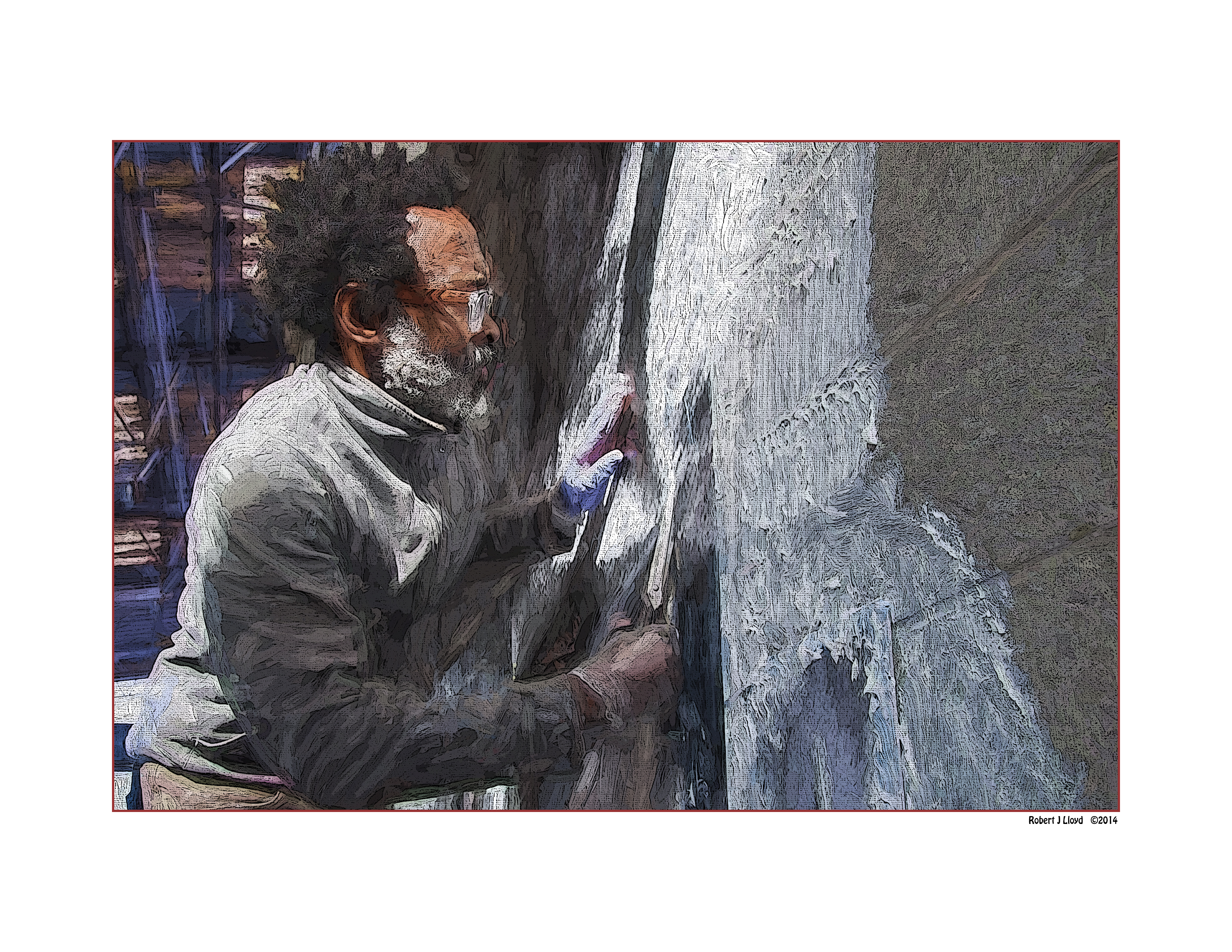 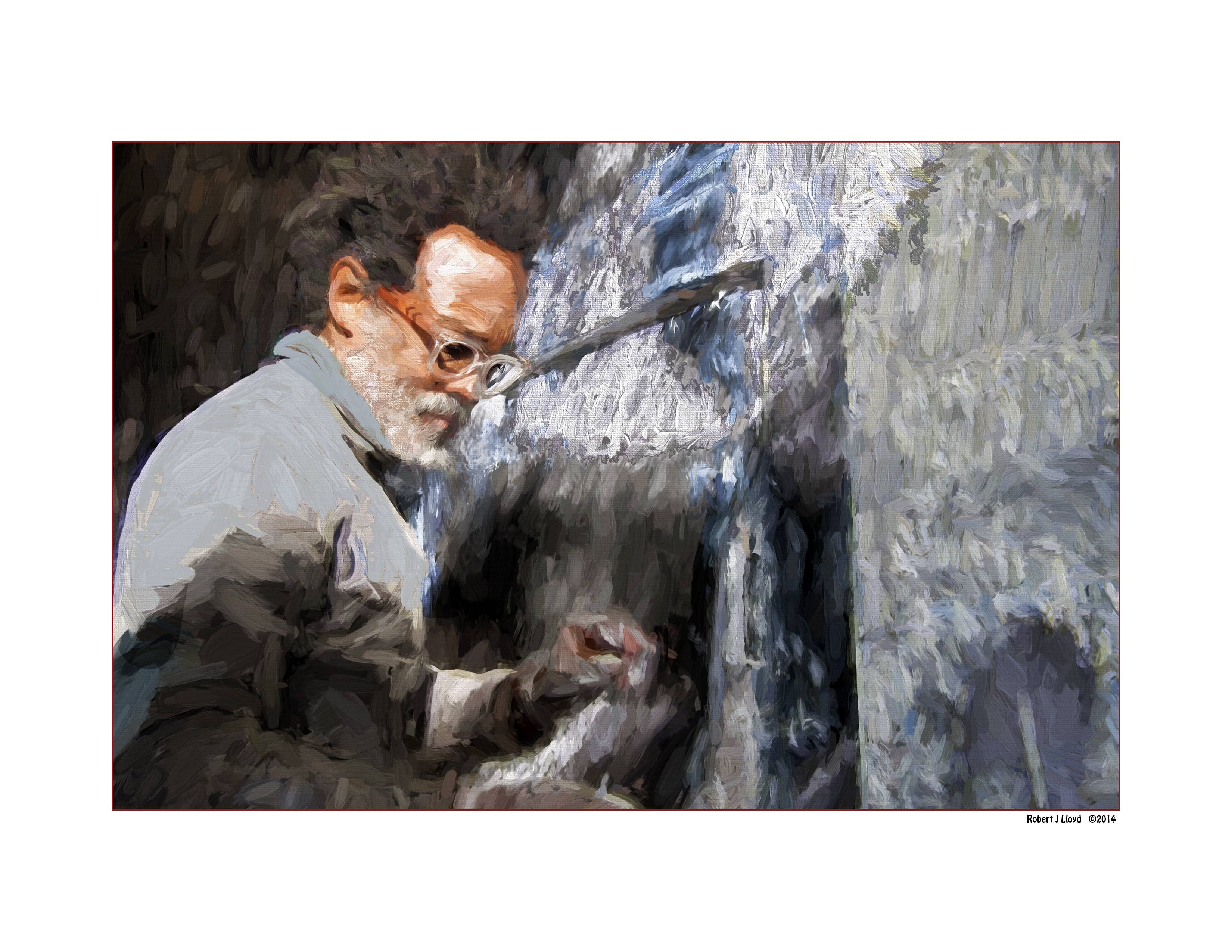 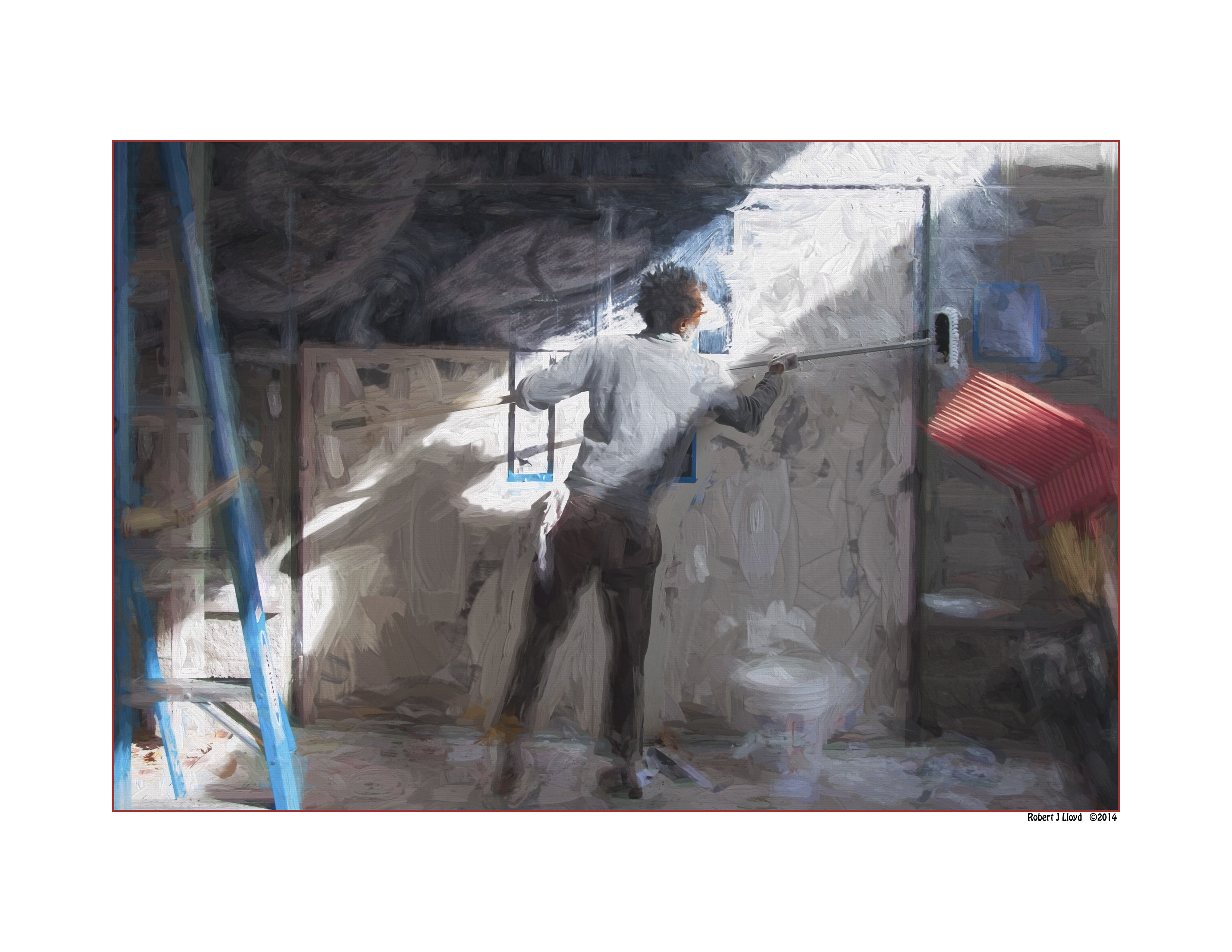 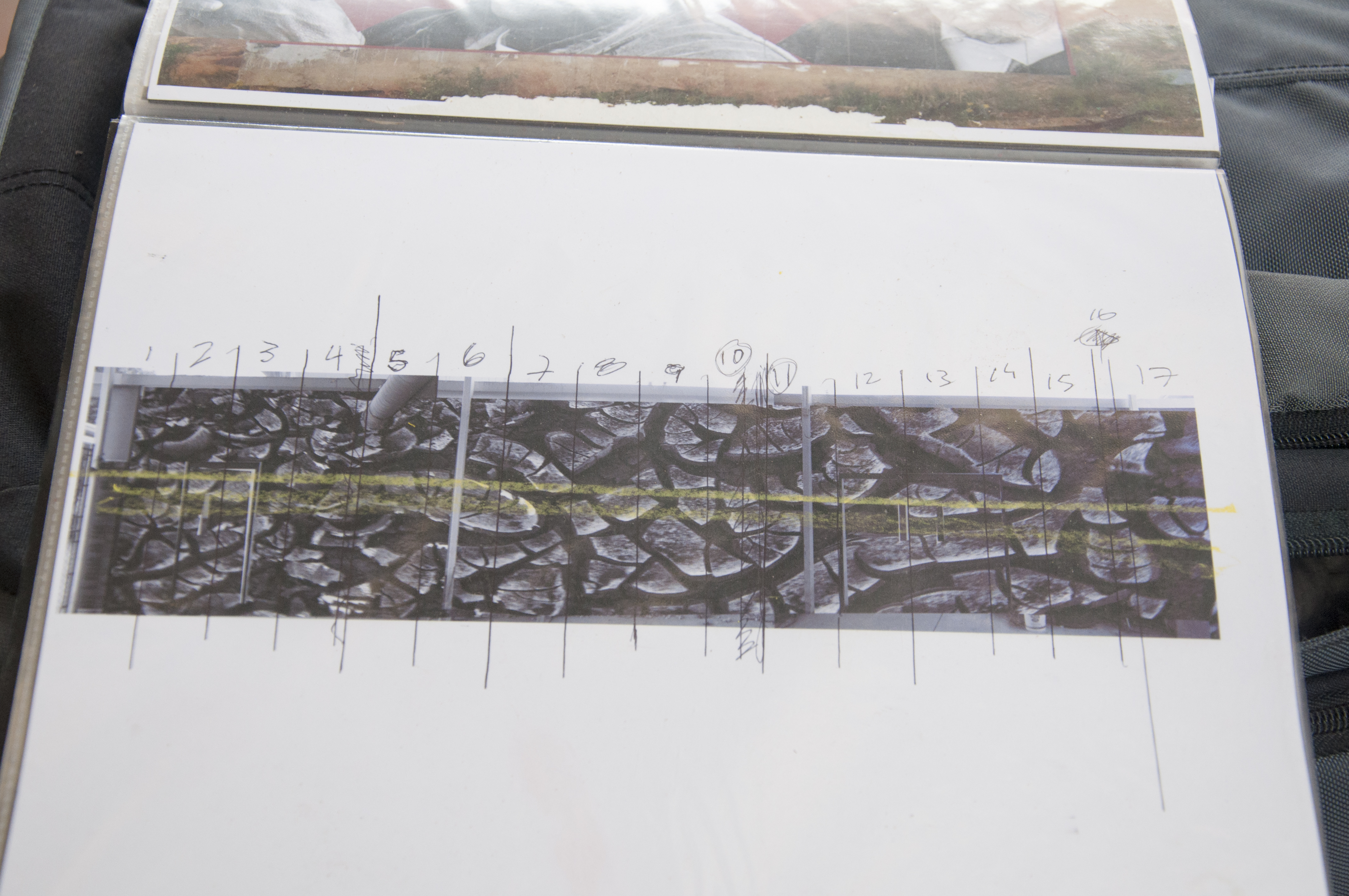 Layout of the wall mural being hung in the outside kiln area of the Fine Arts Building at Spokane Falls Community College. 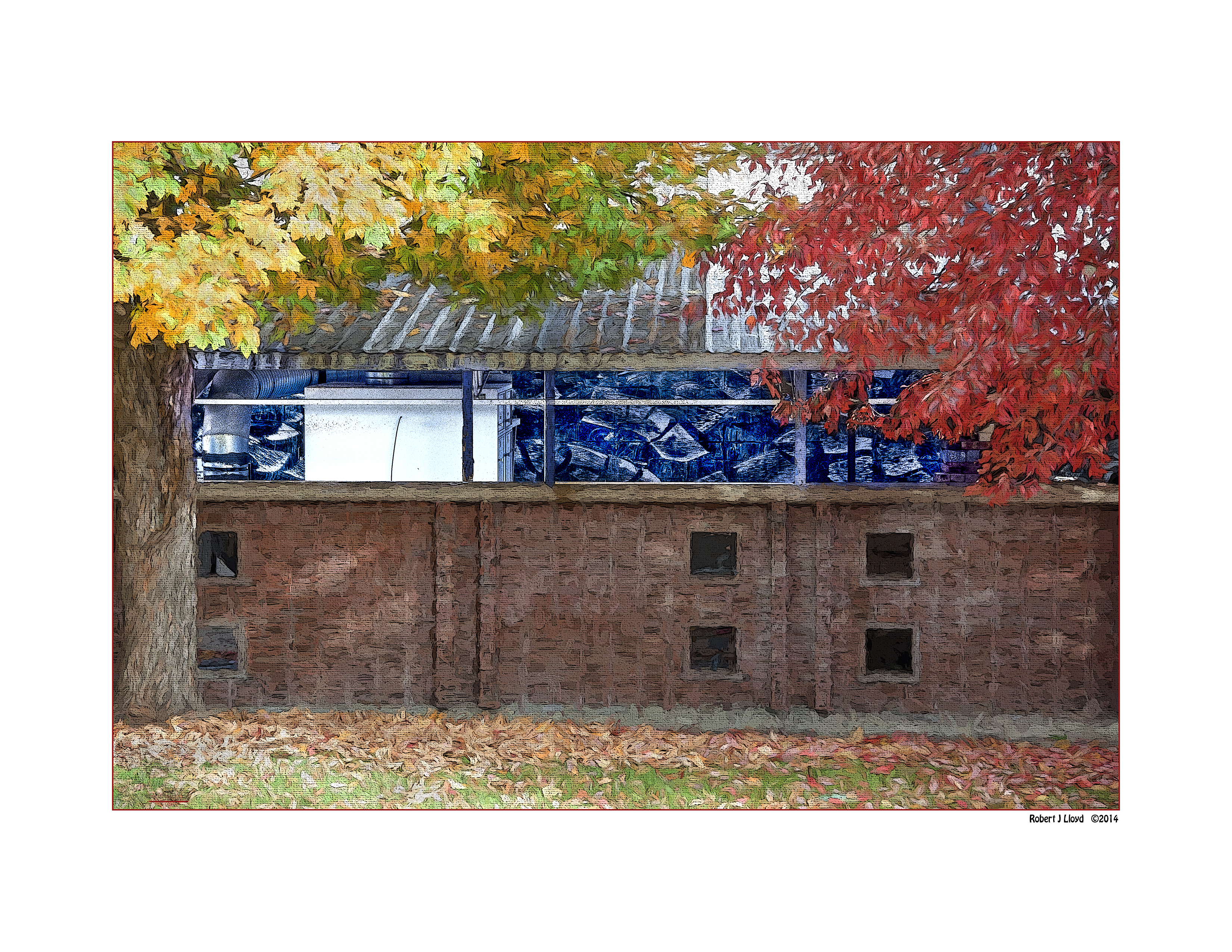 The mural can be viewed from not only inside the kiln area but from the grassy hill behind it.

Chip’s Work on the Reservation 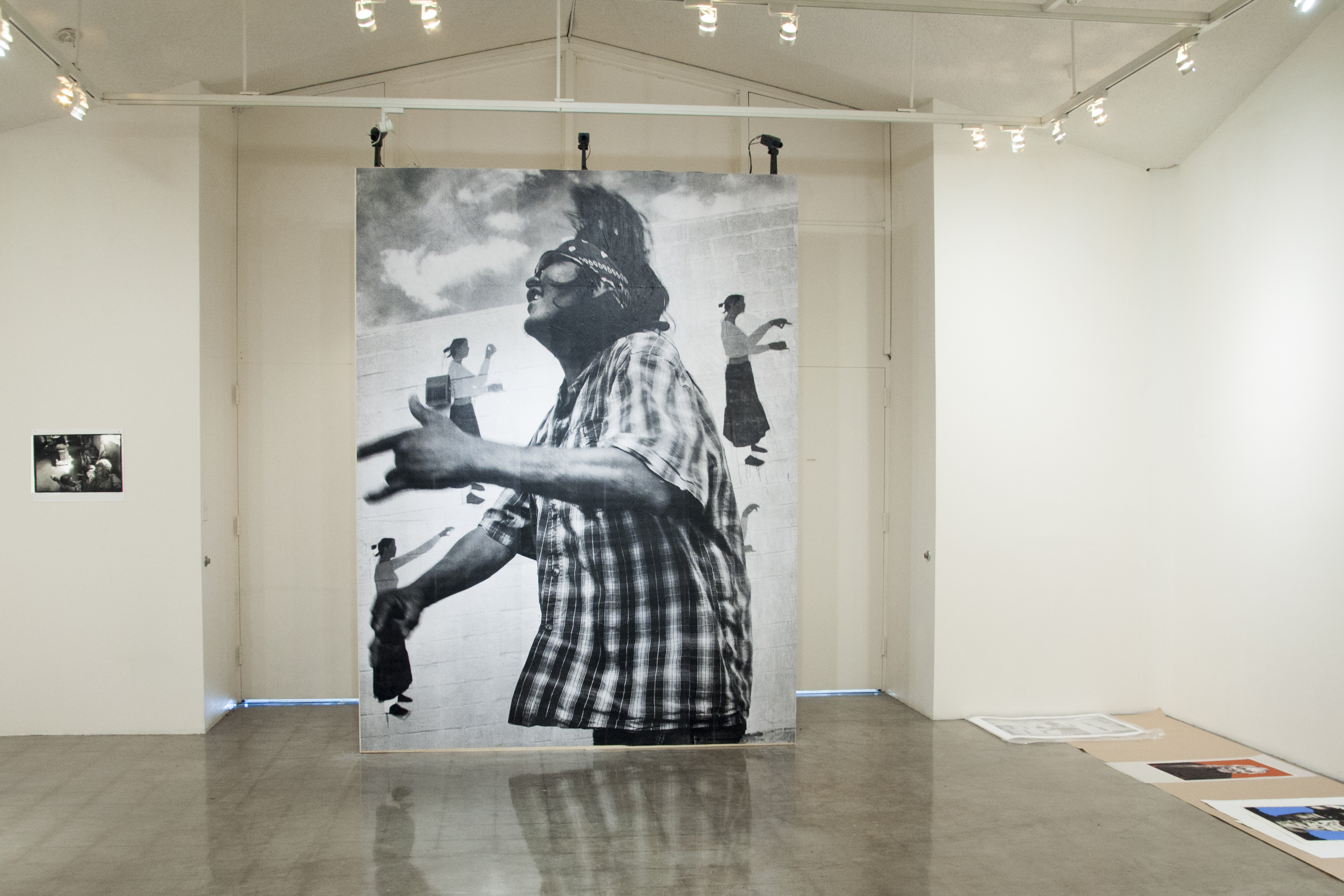 Chip Thomas originally planned to be with the Navajo nation two to four years when he arrived in 1987 but has stayed ever since.  In this personal statement from LensWork (May-June 2001) he says:

I’ve been reminded time and again of the need for balance, simplicity, forgiveness, humility and love. From my Navajo friends I’ve learned the necessity of stopping to appreciate beauty. I have come to realize that a seemingly tedious activity like the time-honored tradition of sheep-herding is really about being outdoors; walking through some of the most beautiful land on Earth; appreciating beauty.

An incentive for doing home visits is having the opportunity to get outside myself, whether it’s helping patients herd sheep, haul wood, round-up cattle or play cards over a cup of coffee while eating frybread. My time with them is about listening to their stories and experiencing their reality. Sometimes I get to photograph as well. In the spirit of Cartier-Bresson, I have found that it is fruitful to “invest the time in being around your subject, and wait for things to happen.” 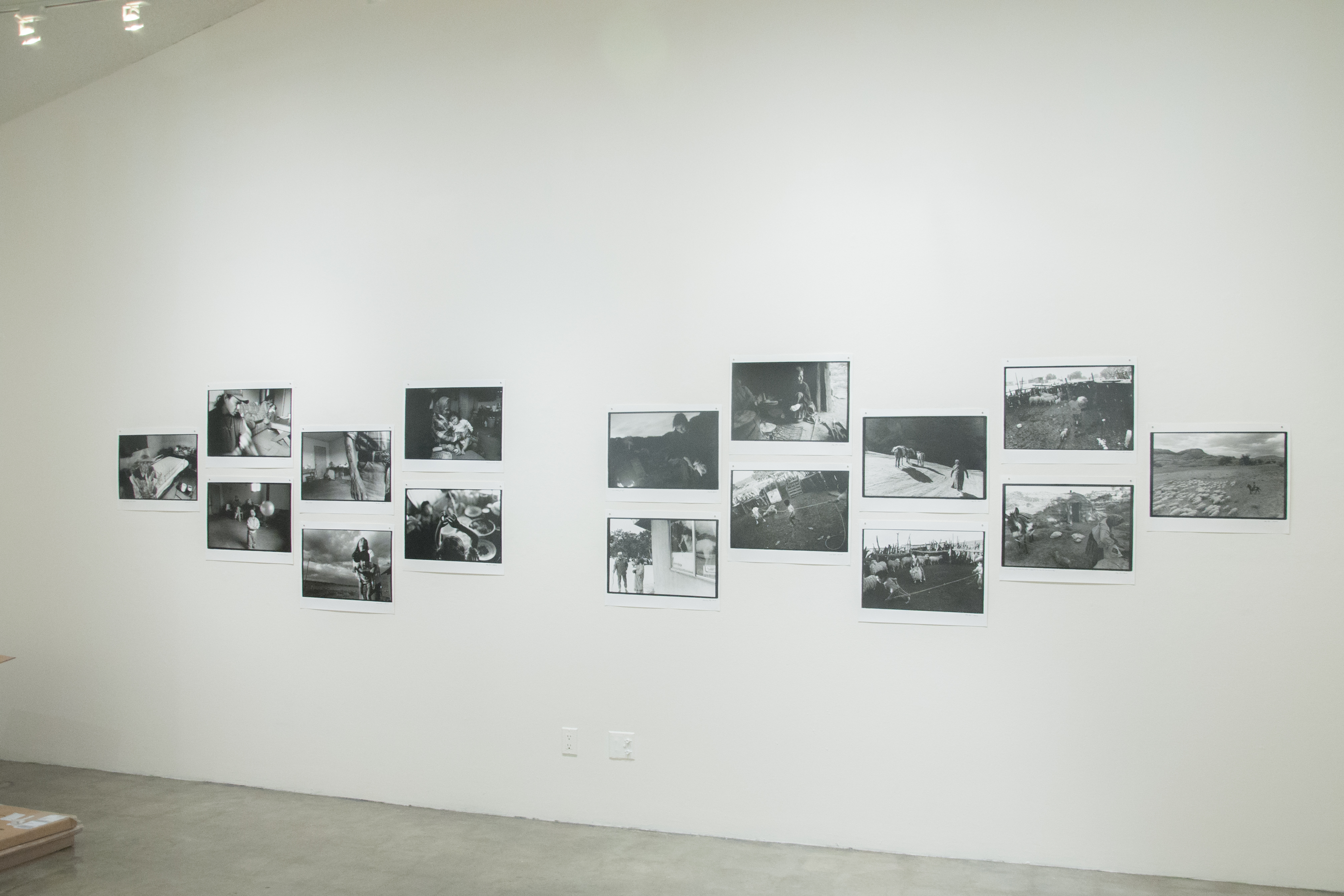 Images of life on the Navajo reservation on exhibit at the SFCC Fine Arts Gallery.

In my teens I was drawn to the pictures in Life and Look magazines. During my second year of college a friend gave me a copy of The Family of Man. Many a night was spent digesting this gift, image by image. Most notable for me were visions of the world as seen by Dorothea Lange, Robert Frank , Roy De Carava, Eugene Smith, Nat Farman, George Rodger and Henri Cartier-Bresson. Later, the work of Eugene Richards left a similar, indelible footprint on my consciousness. 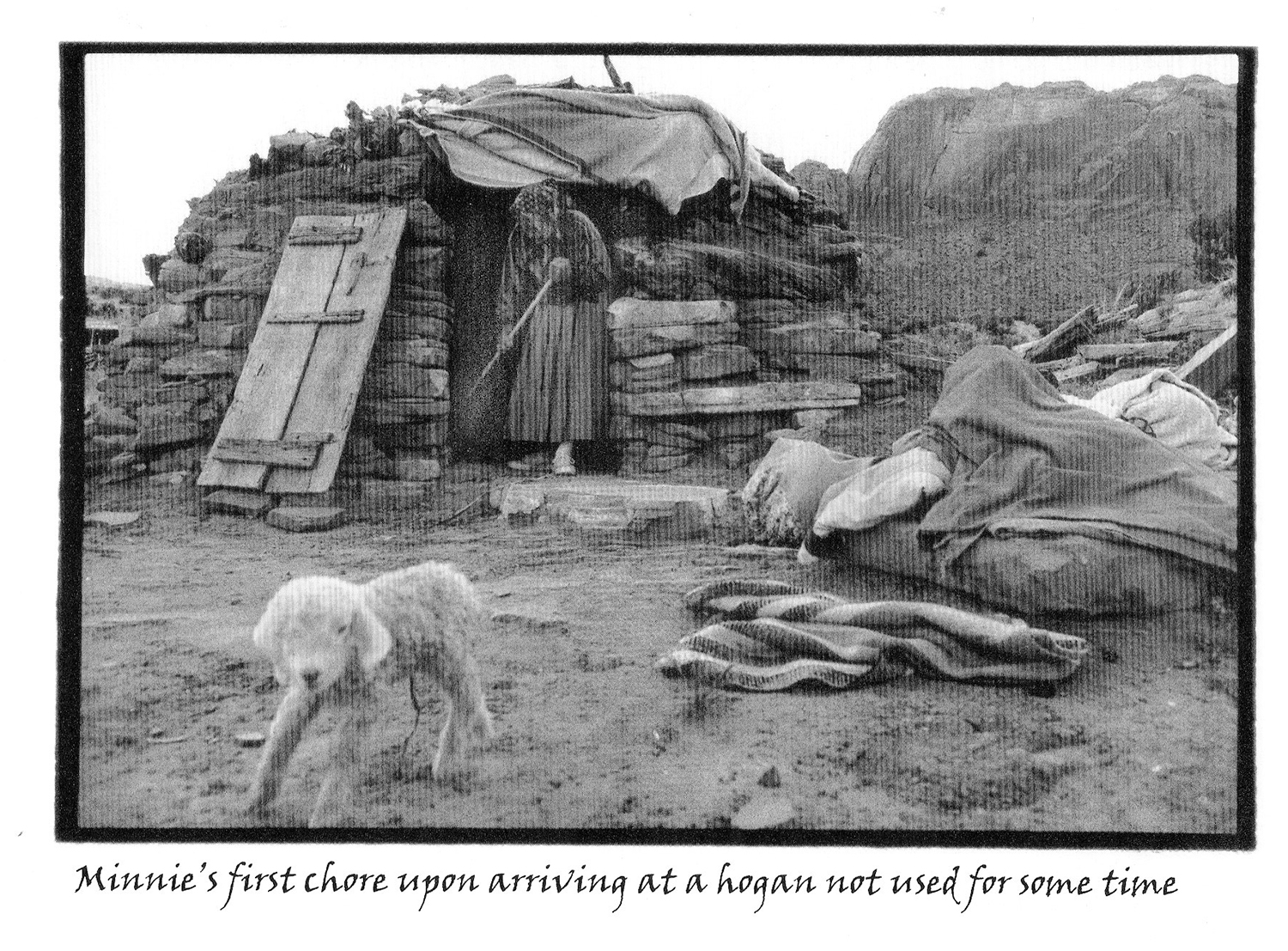 I’m interested in the lives of people of color but more broadly, I’m interested in people who aren’t widely represented in media or in the arts. These photographs [in LensWork] visually narrate the extraordinary journey taken each spring by this Navajo family of three: Minnie, age 72; Ben, age 74; and Lula, age 45. We began the journey at winter sheep camp on Cummings Mesa and herded their animals almost fifty miles to their summer camp south of Navajo Mountain, in just five-and-a-half days. It is these special times that I treasure with the “Dine,” or “The People,” as the Navajo call themselves. 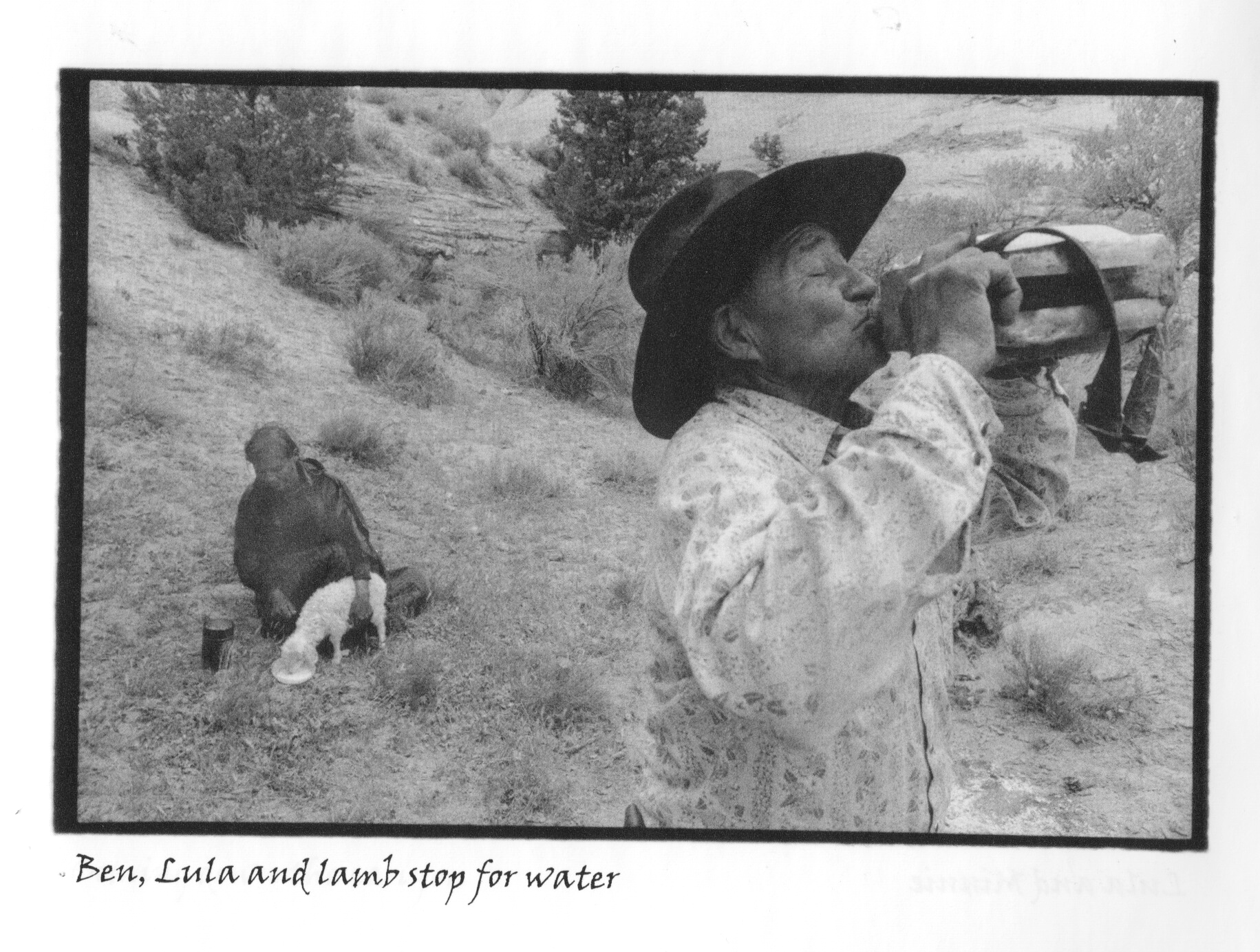 For more of Chip’s work visit his website jetsonorama