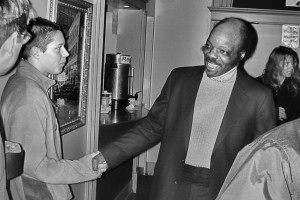 Leon Atkinson, a classical guitarist, emigrated from New York to Sandpoint in the 1970s

In the world of classical music, Atkinson was an anomaly – a black musician in an environment where, at the time, few were to be found. He met the challenge heartily, establishing guitar programs at Jersey State College and the extension division of the Manhattan School of Music. The guitarist later “helped break the barrier” on Broadway, working an extended run of the hit show, “Promises, Promises” as a black musician on the Great White Way.