Spokane Public School District 81 is looking for nominations for names of new schools and buildings. We nominated Frances Scott for the new middle school in NE Spokane on Foothills Drive. We also nominated Ruben Trejo (see the link) for the new building for the On Track Academy located on the Shaw Campus.

Scott was one of Spokane’s remarkable people – the city’s first African-American woman attorney, a teacher at Rogers High School for more than 30 years, a president of the Spokane Education Association and a president of the Washington State University Board of Regents.

She was also a forceful and stalwart leader in the local civil rights movement, which helped drag a recalcitrant Spokane toward equality. She believed in nonviolence, but don’t confuse that with meekness.

Listen to Scott in a 1982 talk: “We must exercise some degree of militancy … against slumlords, against Klansmen, against people who want no minorities in their neighborhoods, against racist textbooks and against politicians who thrive on bigotry. Otherwise, people will say in the future, ‘You were there. What did you do about it?’ ”

She grew up during the 1920s and 1930s, especially tough times for a black person aspiring to be a professional in Spokane.

When Scott was a student at Marycliff High School in the late 1930s, she and some of her high school friends went to the Davenport Hotel to interview the famous opera star Marian Anderson for the school paper.

The Davenport made Scott ride in the freight elevator.

“My white friends – bless their hearts – decided if I had to ride the freight elevator, they would, too,” she later said.

They couldn’t find Anderson’s room – for good reason. Anderson was black and the Davenport was lily-white in those days. The girls eventually found Anderson in a small hotel nearby.

Scott spoke often of the time when, as a girl, she had to have her appendix removed at a Spokane hospital. The hospital gave her a private room – but only so a white patient wouldn’t have to share.

“I suppose that was one of the advantages of being black,” she said, dryly. “But it was humiliating when you realize why I got the room to myself.”

She graduated from Marycliff and went on to Holy Names College. She married W. Vernon Scott, a Spokane chiropractor, while still in college – and that didn’t go over well with the nuns at Holy Names.

“The good nuns put her out because she married a divorced man in her senior year,” said her sister, Ruth Nichols, of Spokane.

Undeterred, Scott finished her degree at Whitworth College (now University) and then went on to get a master’s degree in education. This was 1958 – a time when the Spokane School District had only four black teachers, up from zero in 1950.

She was hired at Rogers because “my credentials were good enough for them to hire me without doing me a favor.” She would teach English and German there for more than three decades.

She was 54 when she decided to take on another academic challenge.

“She wanted her son to go to law school,” Nichols said. “And we all said, if you want a lawyer in the family, you should go yourself.”

So she did. She graduated from the Gonzaga University School of Law in 1979 – and became Spokane’s first African-American woman attorney. When she was sworn in to the bar, she said, “I want to be able to instruct, as well as represent, minority people in their dealings with the law.”

She went on to practice law on the side, taking mostly civil rights and pro bono cases, while still keeping her Rogers teaching job.

Scott soon found her law degree handy in an entirely new arena. In 1981 she was elected president of the teachers union, the Spokane Education Association. Her election was notable for at least one reason: She had been one of the few teachers to cross picket lines in a 1979 strike. She was able to convince her fellow teachers that she had been bound, as an attorney, to obey a court injunction that had ordered teachers back to work. She remained president of the union until 1983.

She was also deeply involved in the Spokane branch of the NAACP, in the Democratic Party and at Holy Trinity Episcopal Church.

Excerpted from Distinguished Woman Left Us a Legacy by Jim Kershner. 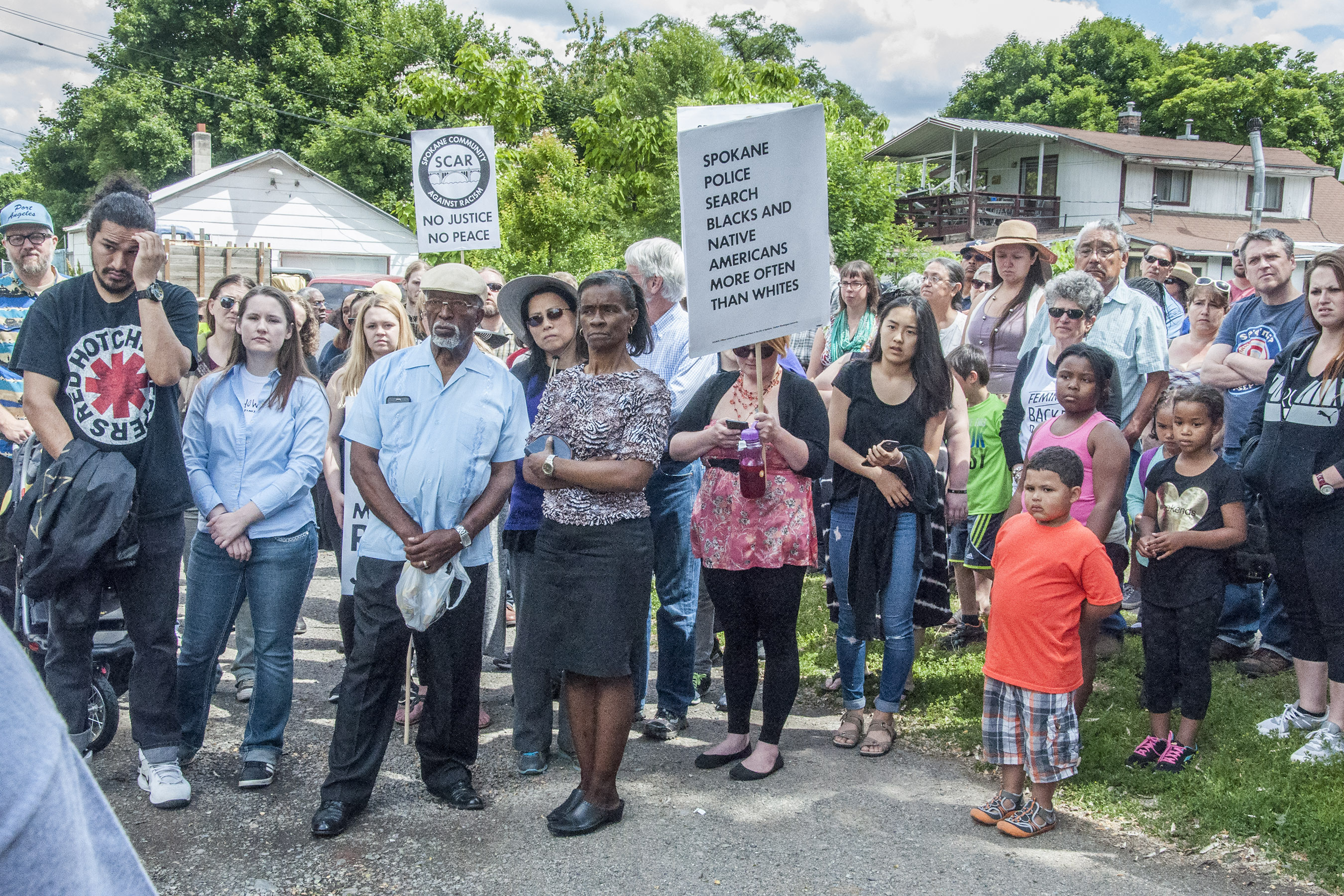 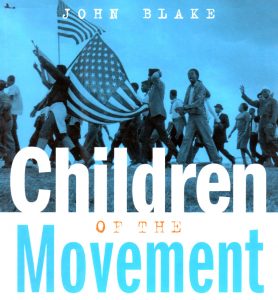 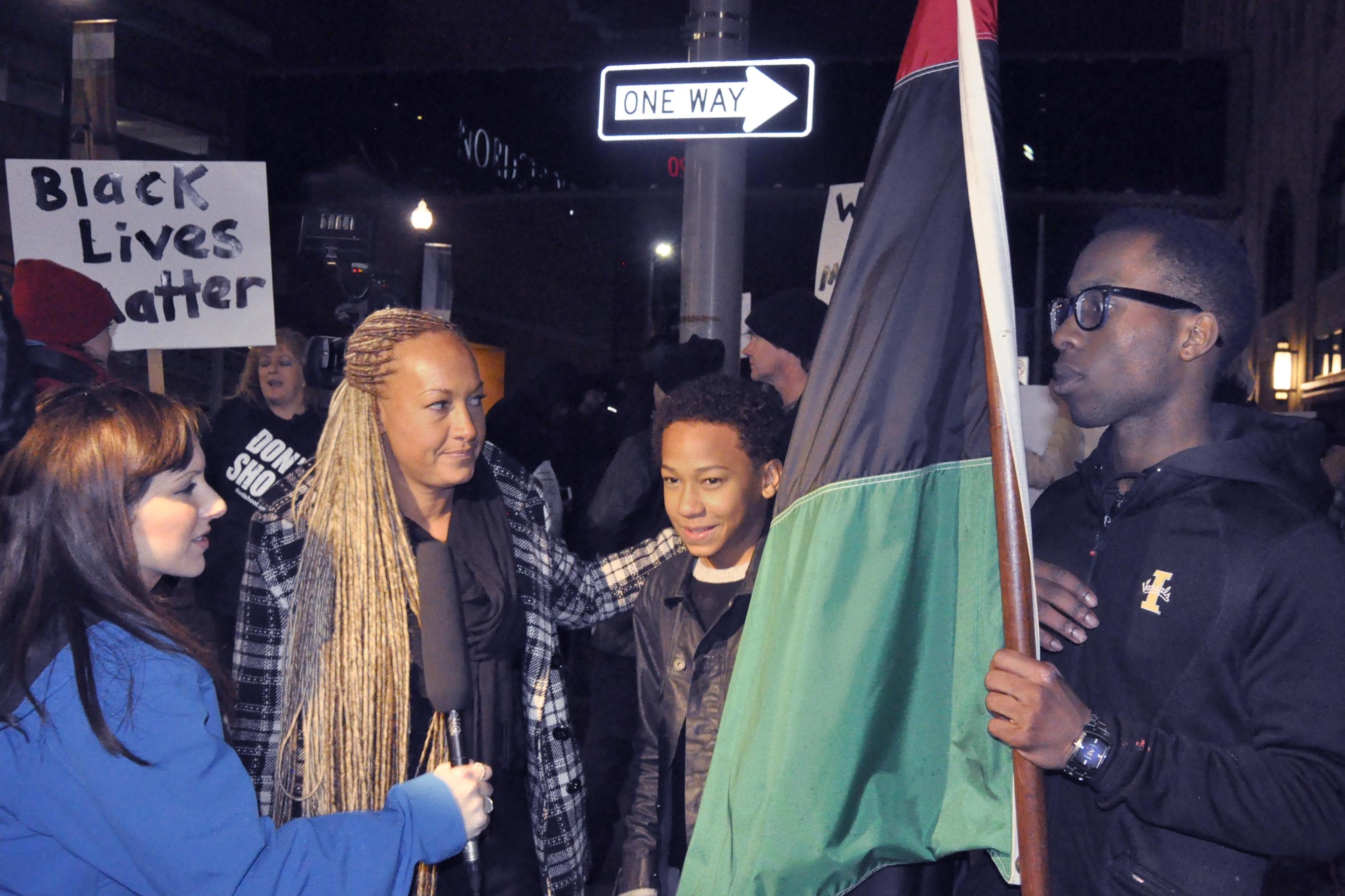 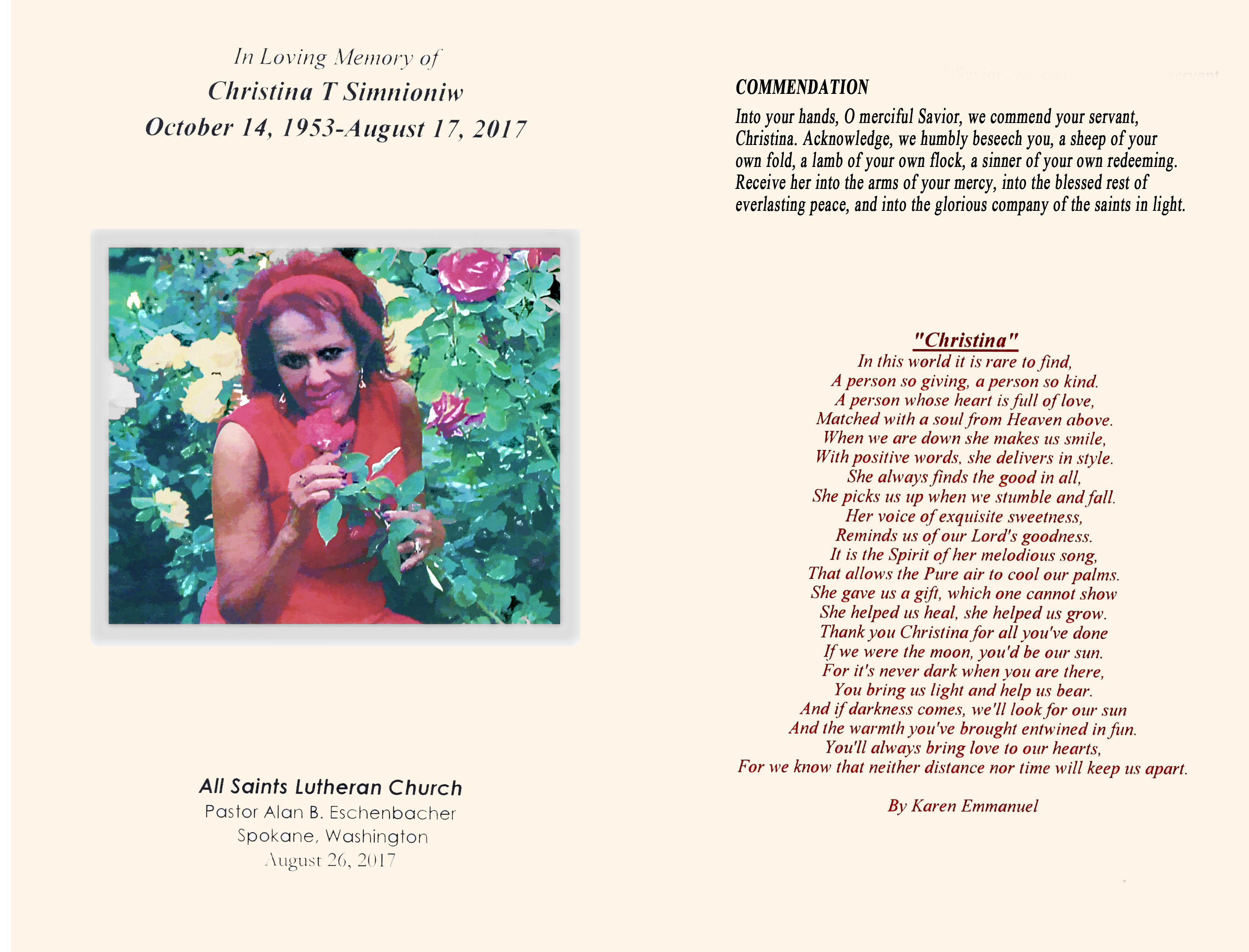 We will long remember Mandela

“I have walked that long road to freedom. I have tried not to falter; I have made missteps along the way. But I have discovered the secret that after climbing a great hill, one only finds that there are many more hills to climb. I have taken a moment” 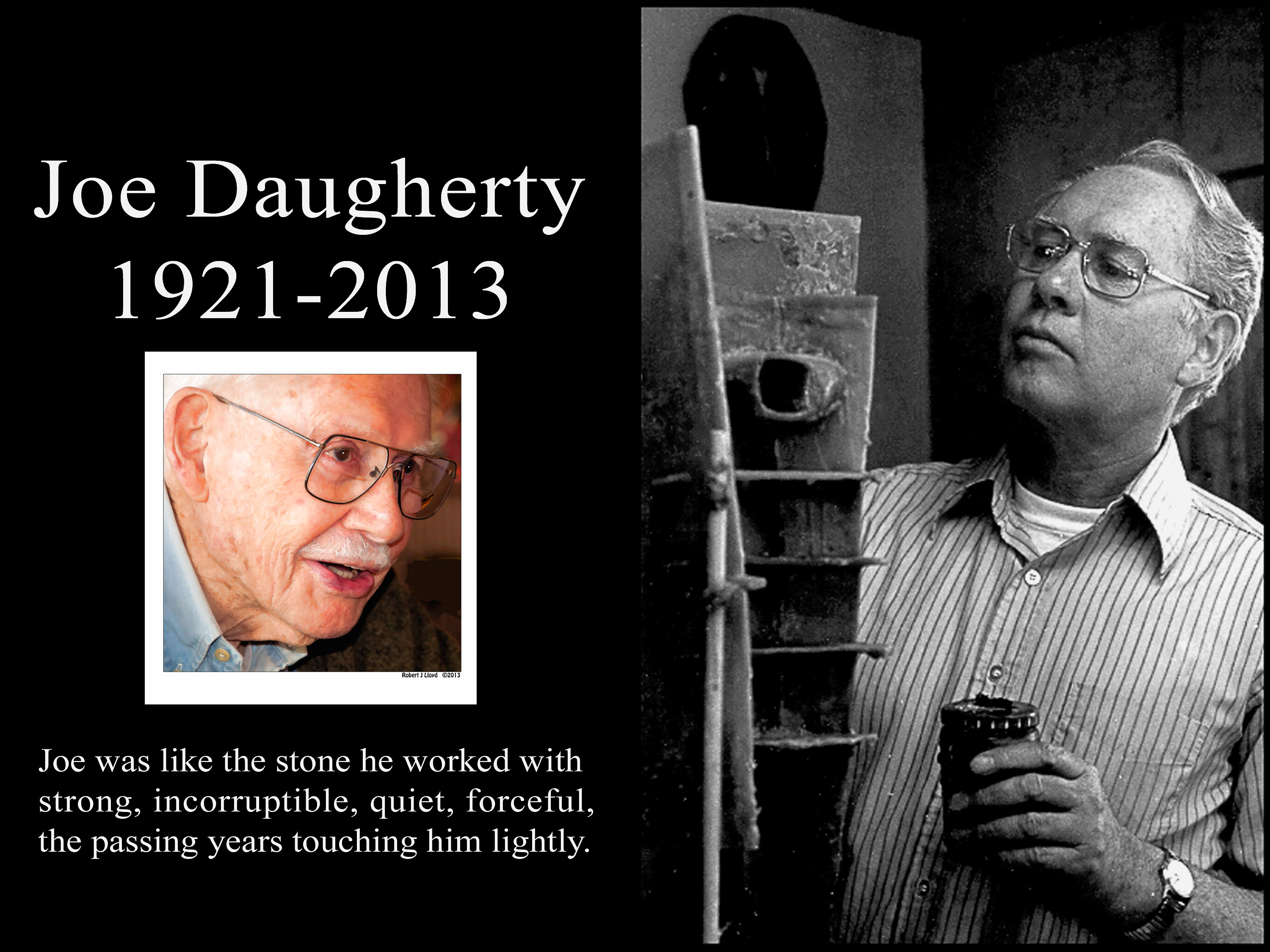 Obituary from the Spokesman Review August 31, 2013.

Cheney lost a friend and an artist with the death of Joseph C. Daugherty August 27 2013. He was born in Uhrichsville, Ohio, May 24, 1921. He appreciated growing up in this railroad town where everyone was a friend. He was the artist of the Senior Class Annual and Drum Major of the band for his high school. He graduated from Ohio State University with a degree in Fine Arts in 1939. After serving three years in the U.S. Navy, he began teaching art in Woodland, California. Here he met and married a fellow teacher.

As with so many ex-military, he returned to college. His three years in the graduate art program at the University of Oregon included the creation of 13 sculptures. He also appreciated having a class with the world-famous artist, Alexander Archipenko.

In 1959 he joined the faculty of E.W.W. where he valued his many years working with the varied students who attended the school. He also created a facility for bronze-casting in the art building which reflected his work in a new media. Wherever he lived, he fashioned an area where he worked, creating sculpture.  At last, in 1964, the house he designed and had built included a permanent studio.

Among his many interests, he enjoyed spending time in good conversation and was a wonderful story-teller. He entertained listeners with recollections of his travels and past, filled with details provided by his amazing memory and sense of humor. He also loved music, especially the music from the swing/big-band era, and spent many happy hours listening to his favorite compositions. He was, above all, thoughtful, kind and courteous.

He is survived by his wife of 67 years Joan; and son Kevin, of Cheney; and daughter Colleen and husband Ken Floyd, of San Diego.  Also living are his sisters Ann Baxley of San Marcos, California and Clara and husband John Updike of Muncie, Indiana. Also adding to relative wealth are nephews Brian and Bruce Baxley, California, and Phil and Tom Updike, Indiana, and niece Carolyn Dehner, Ohio.

A memorial service, followed by a reception, will be held on Monday, September 2, at 10:00 am at the Cheney United Church of Christ, 423 N. 6th Street, Cheney, Washington 99004. Online guestbook at cheneyfuneral.com. Cheney Funeral Chapel, Cheney, WA.

Date:  Thu, 1872-11-07
On this date we recall the birth of George Washington in 1817. He was an African-American farmer, businessman and the founder of the town of Centralia, Washington.
Born a slave in Virginia, George Washington escaped and was raised by a white family in Missouri. Unable to attend school, he was tutored and eventually ran a sawmill in St. Joseph, MO. He struggled under the racial restrictions of that slave-holding state, and in 1850 joined a wagon train on the Oregon Trail. After reaching the northwest, George Washington again entered the lumber business and established a homestead on the Chehalis River. But his farm lay in the path of the Northern Pacific Railroad.
He and the company came to terms and with the settlement he received, Washington planned a new town in 1872. He called it Centerville, and he laid out 2,000 lots, setting aside sites for parks and churches. The town thrived, though the name was changed to Centralia.
George Washington spent the rest of his life there as an honored citizen. When he died in 1905, the town, 30 miles south of Olympia, shut down for a day of mourning. George Washington Park (named after him) is in the heart of Centralia, at Pearl St. and Harrison St.
Reference: The Encyclopedia of African-American Heritage by Susan Altman Copyright 1997, Facts on File, Inc. New York ISBN 0-8160-3289-0

Monday March 12,  Sandy Williams threw a birthday party for Vickie Countryman, who passed away on January 18, 2012. Numerous former colleagues, friends, social services folks  and community activists testified to Vickie’s impact on their lives, their work, and the Spokane community. Diverse music from Native Americans, a Hmong musician and an African American vocalist was performed. 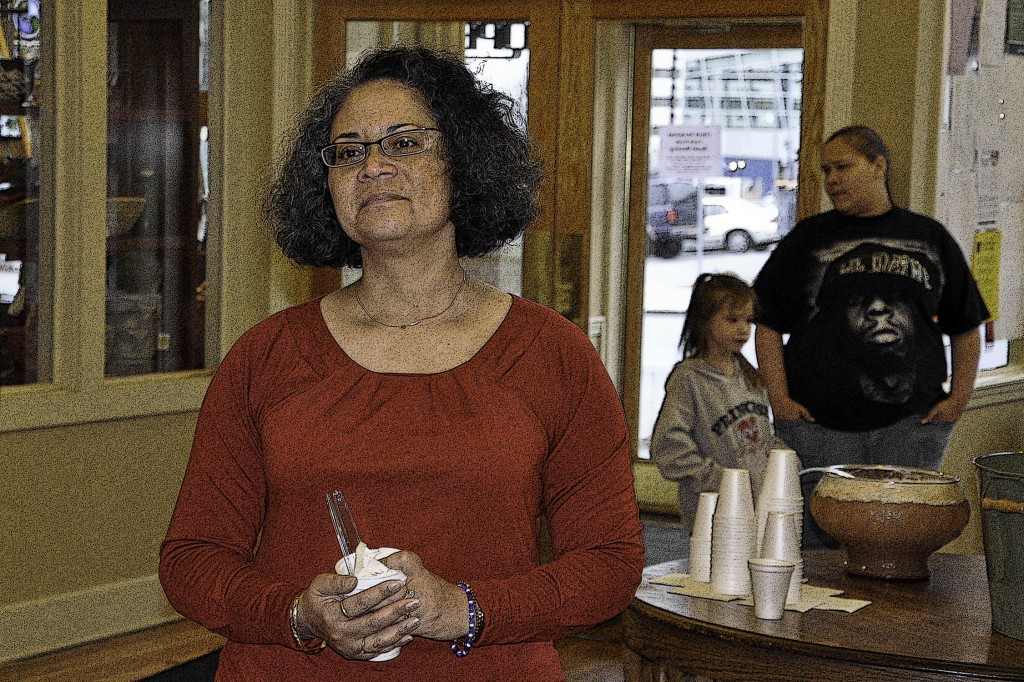 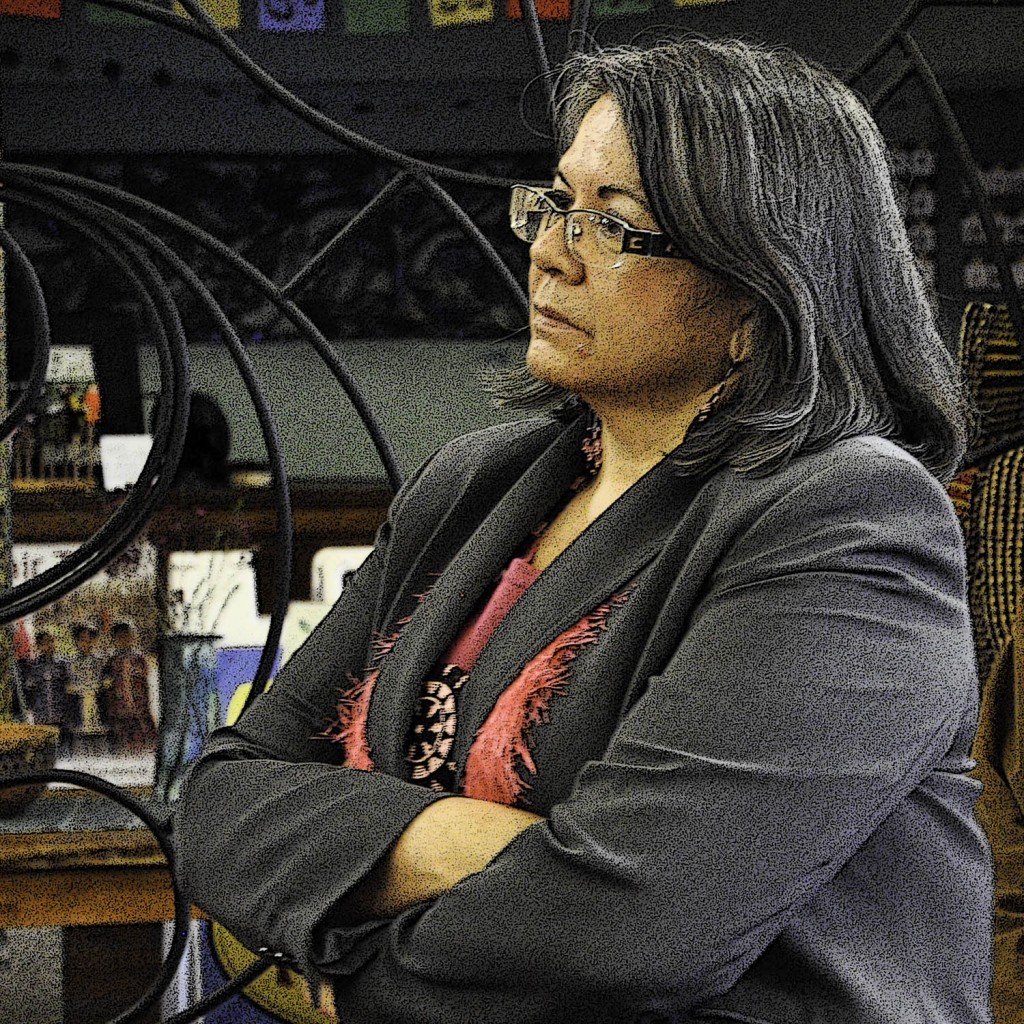 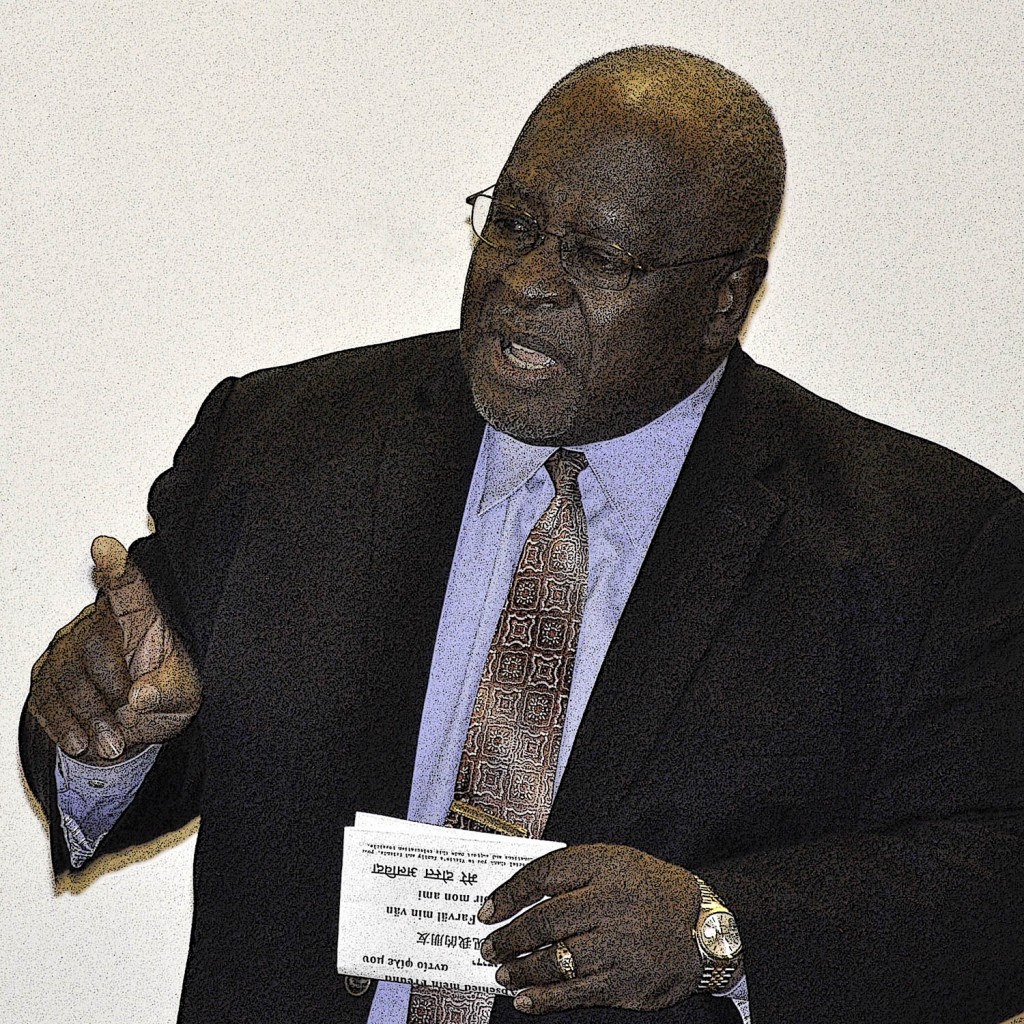 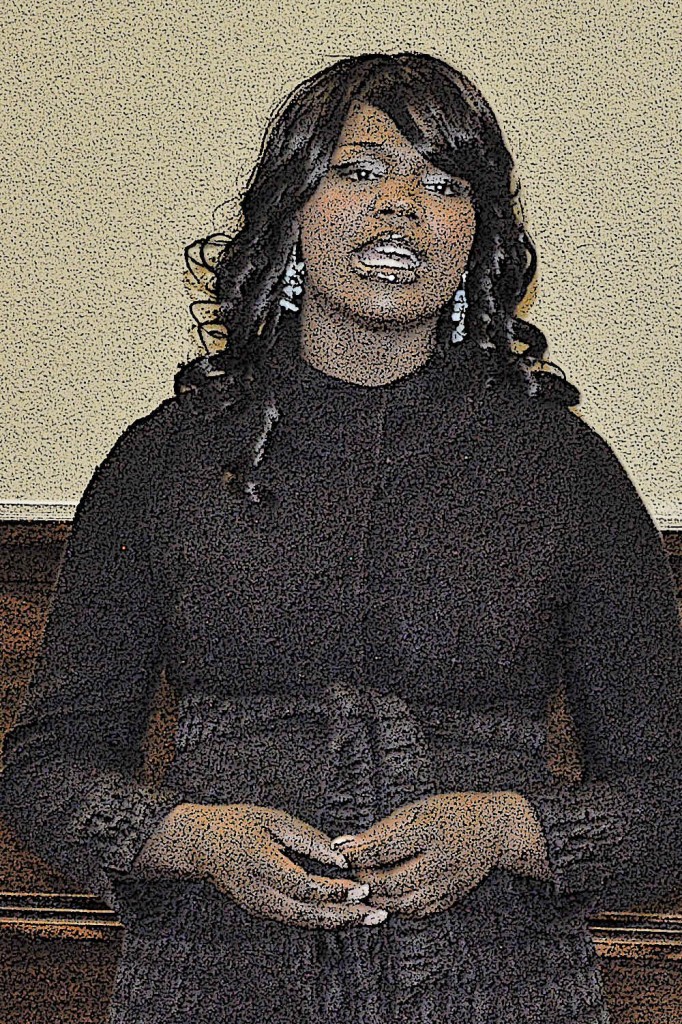 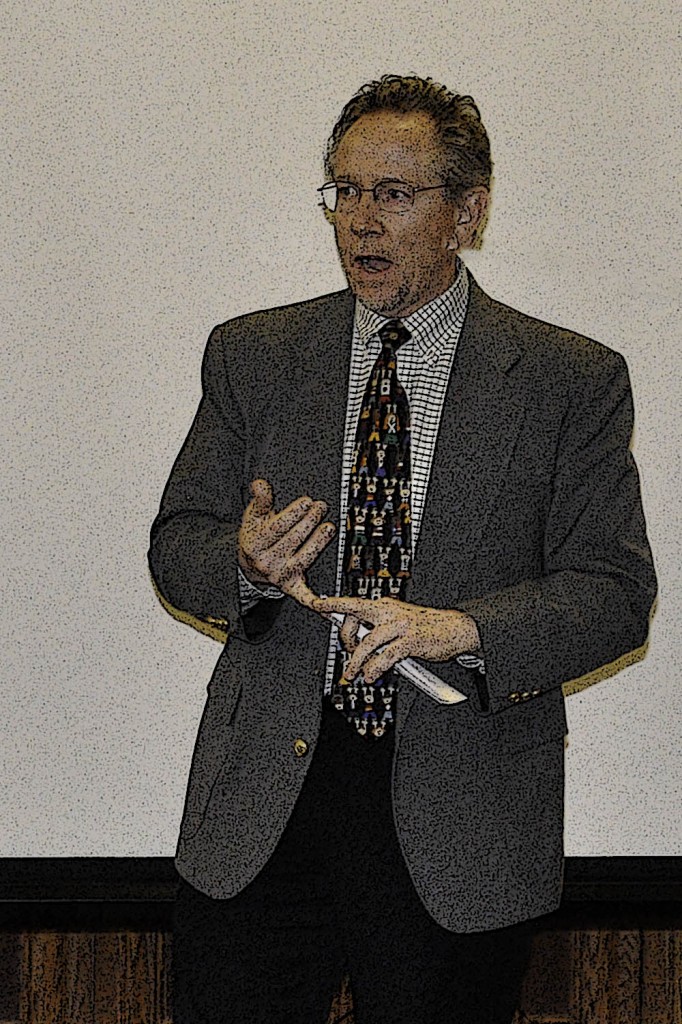 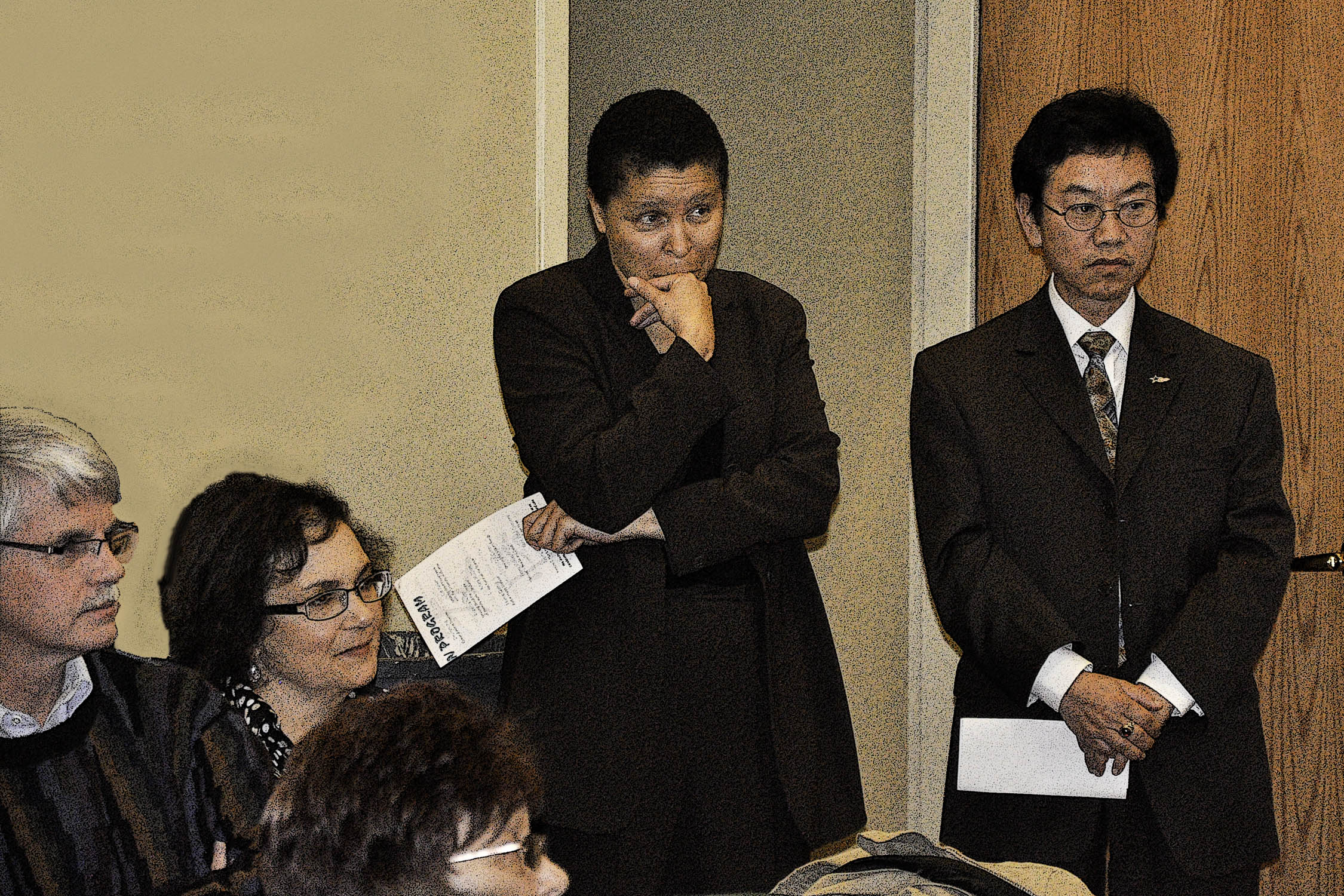 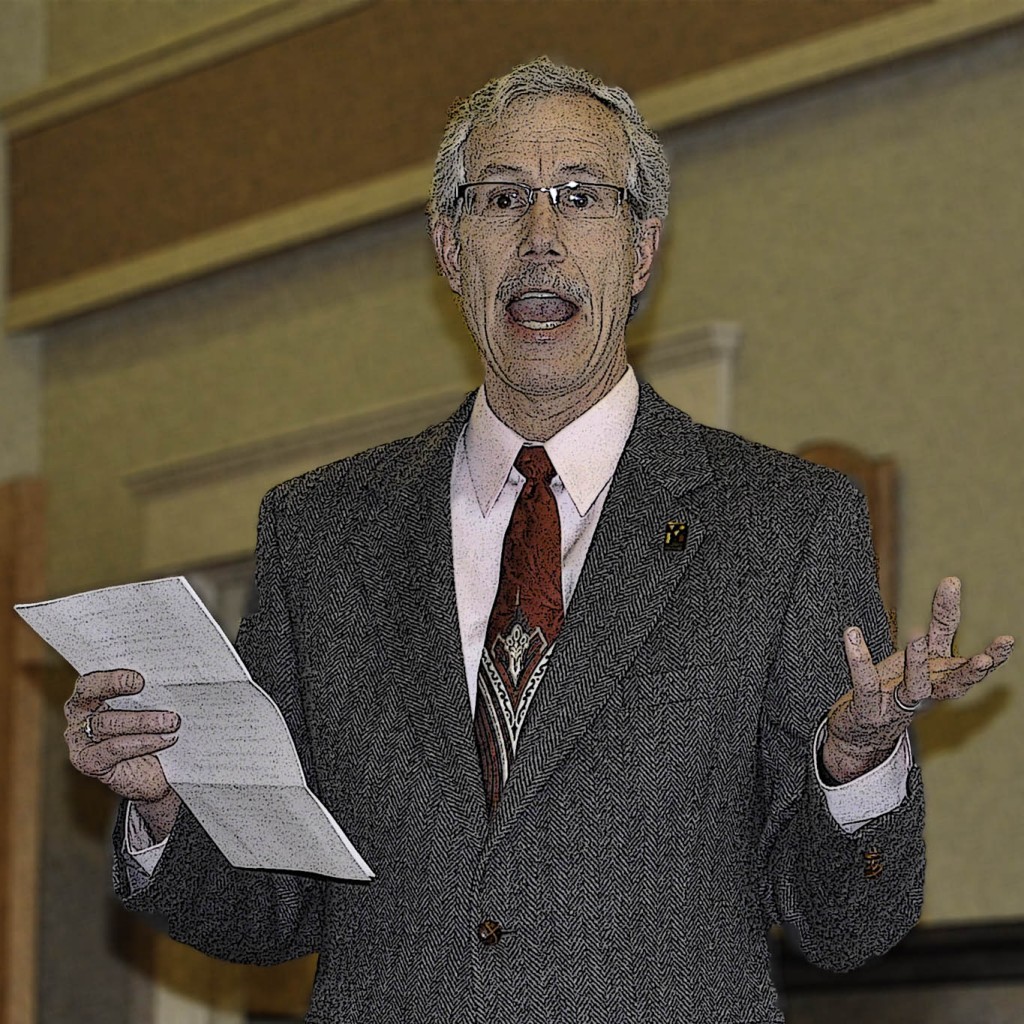 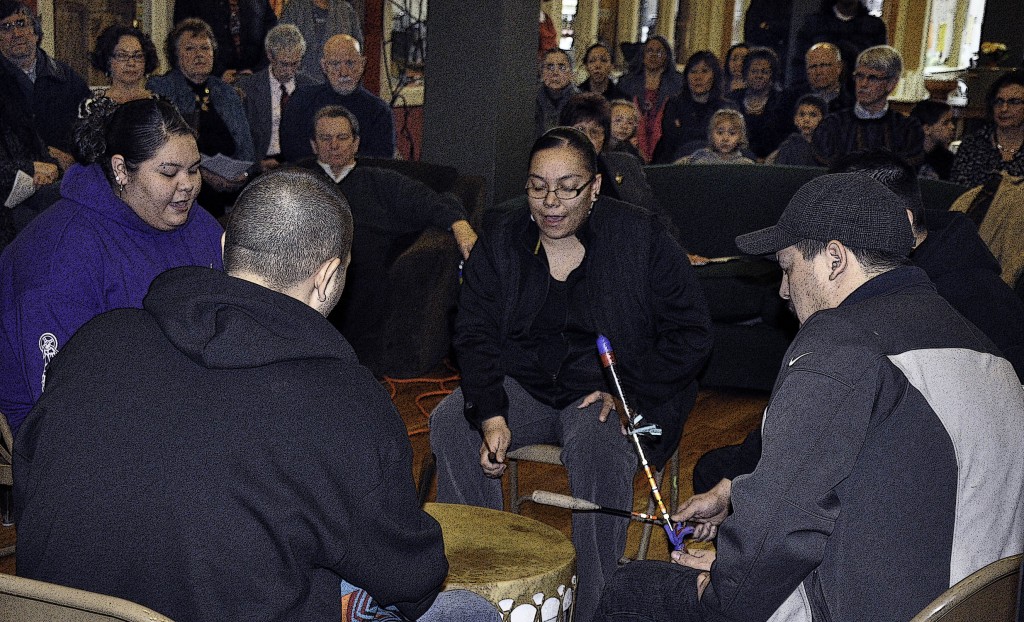